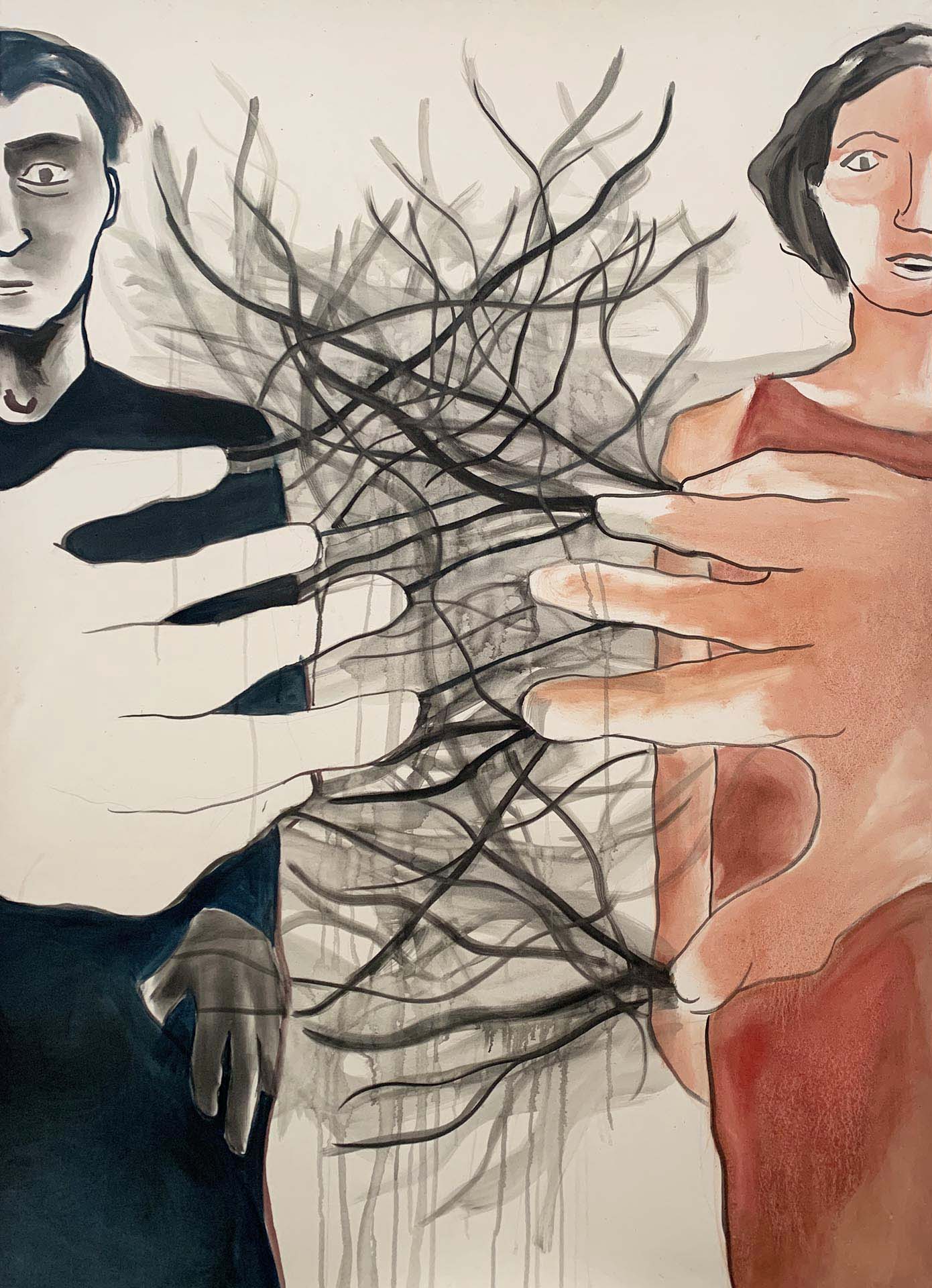 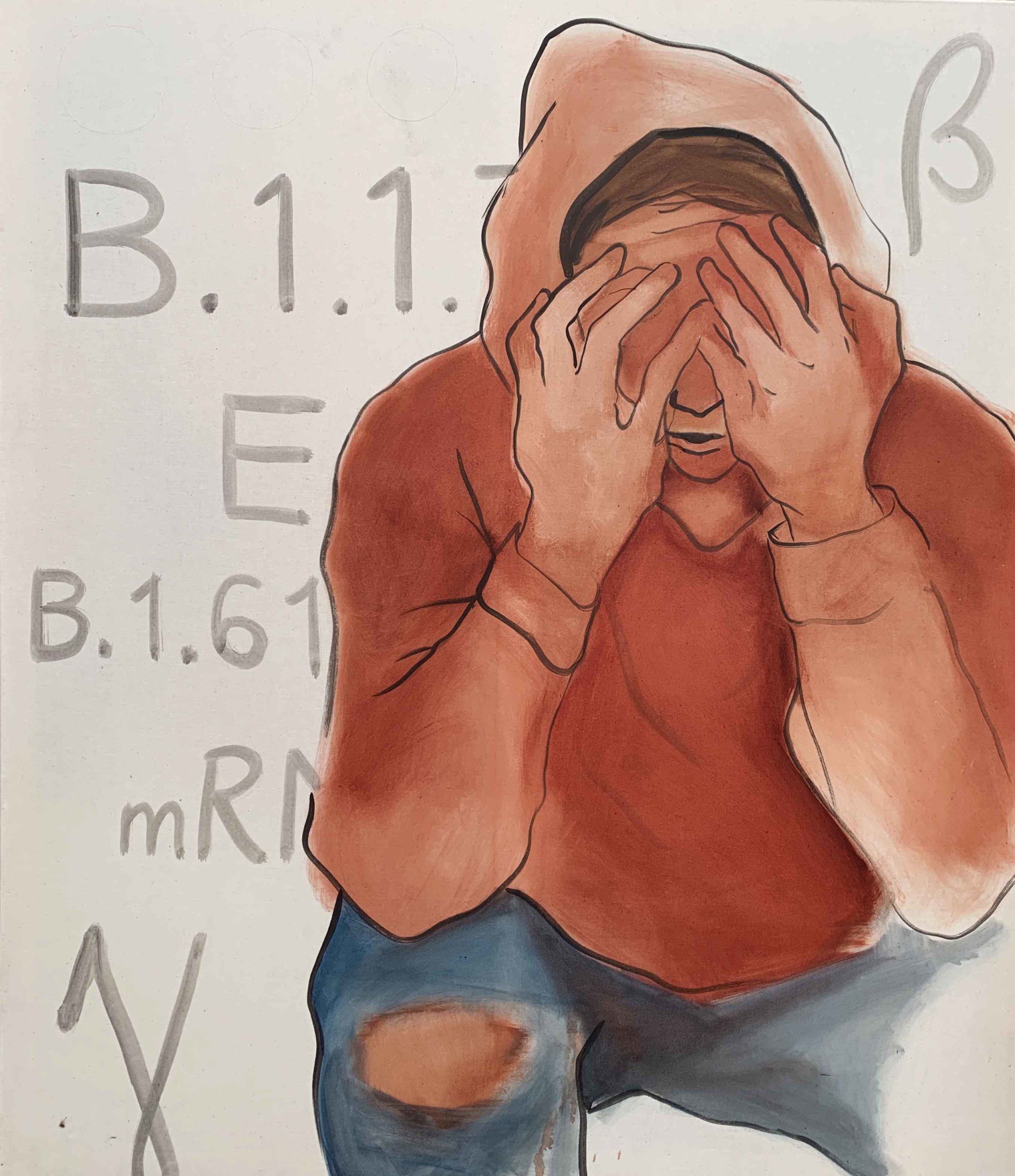 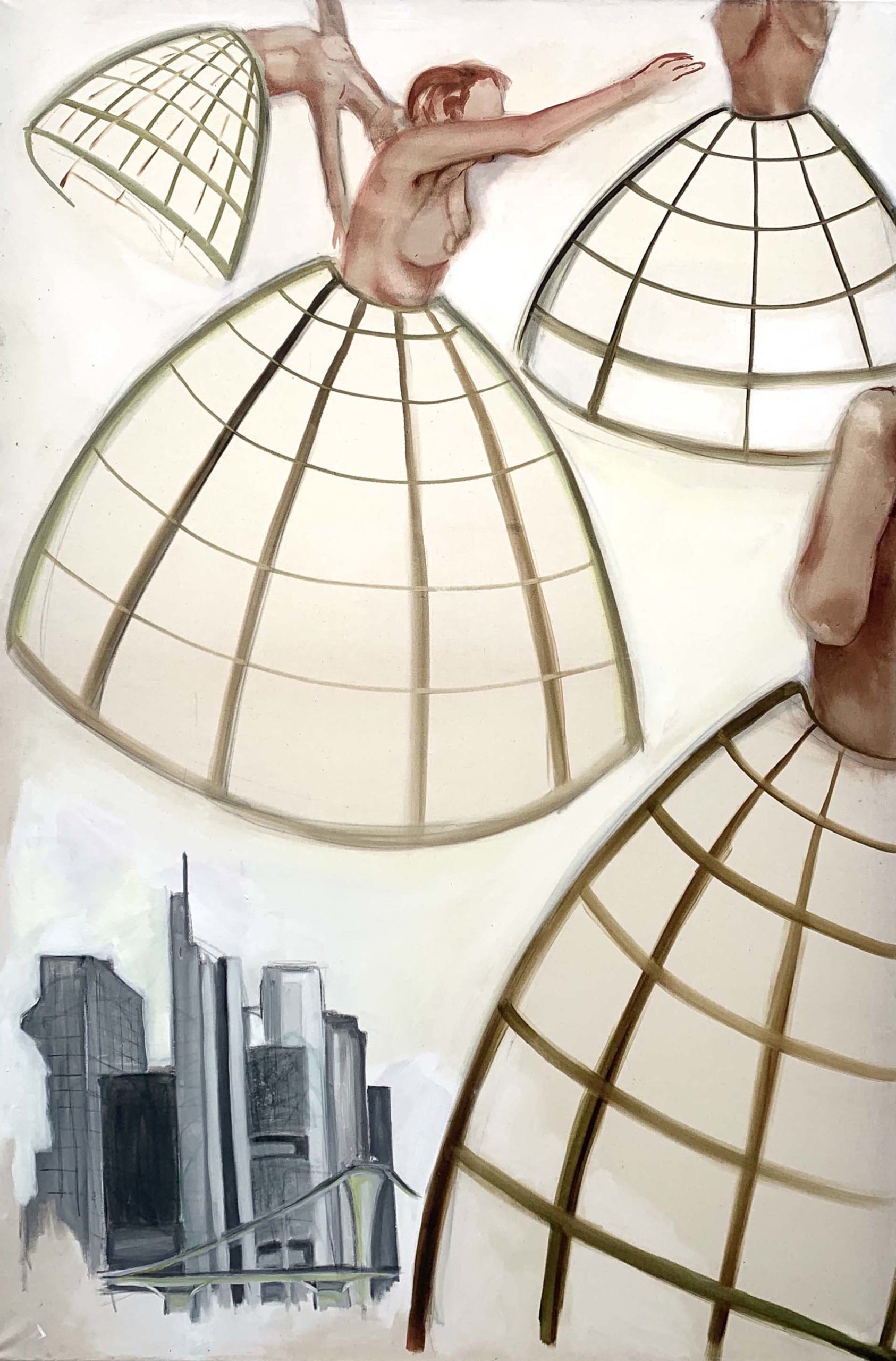 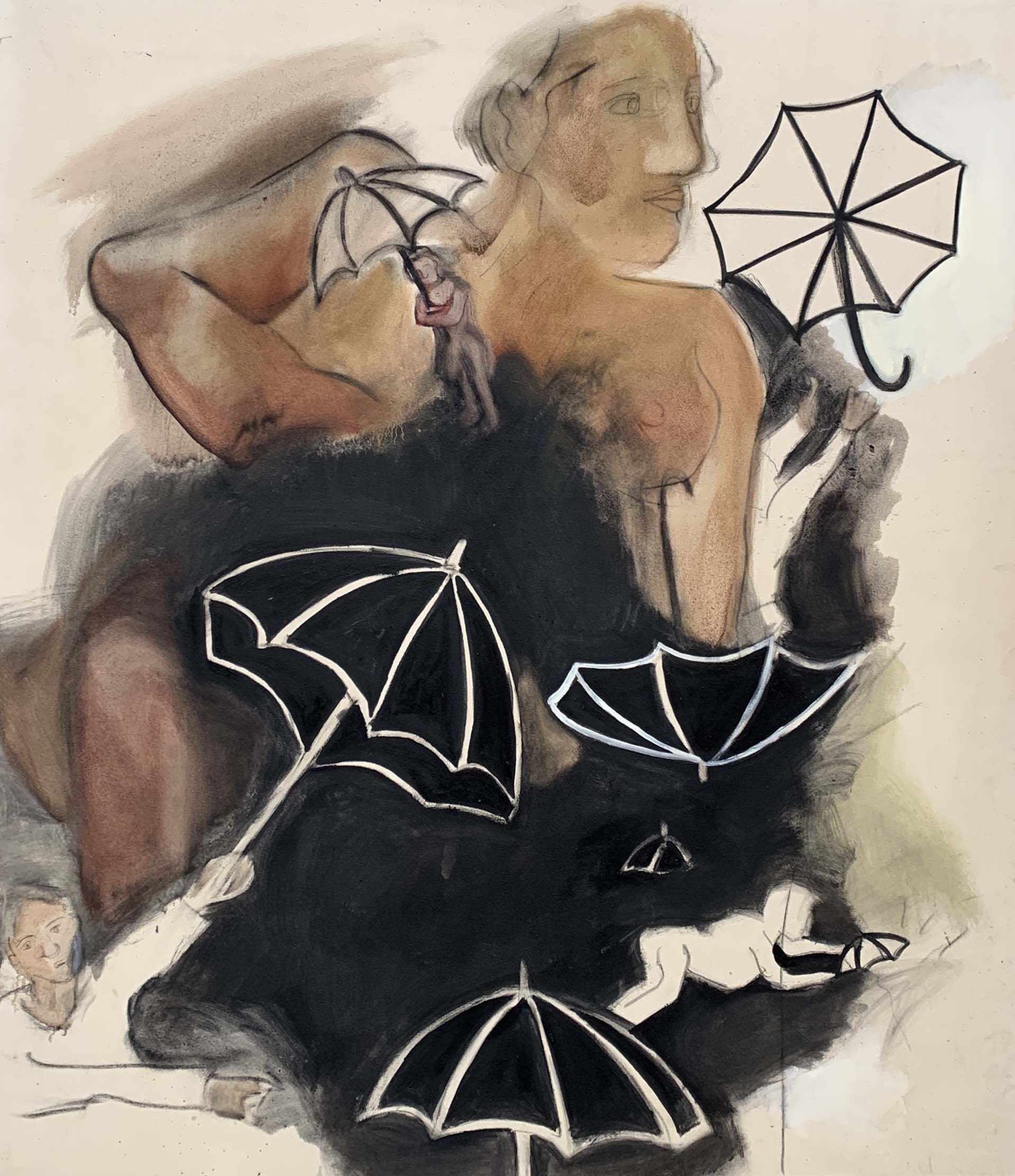 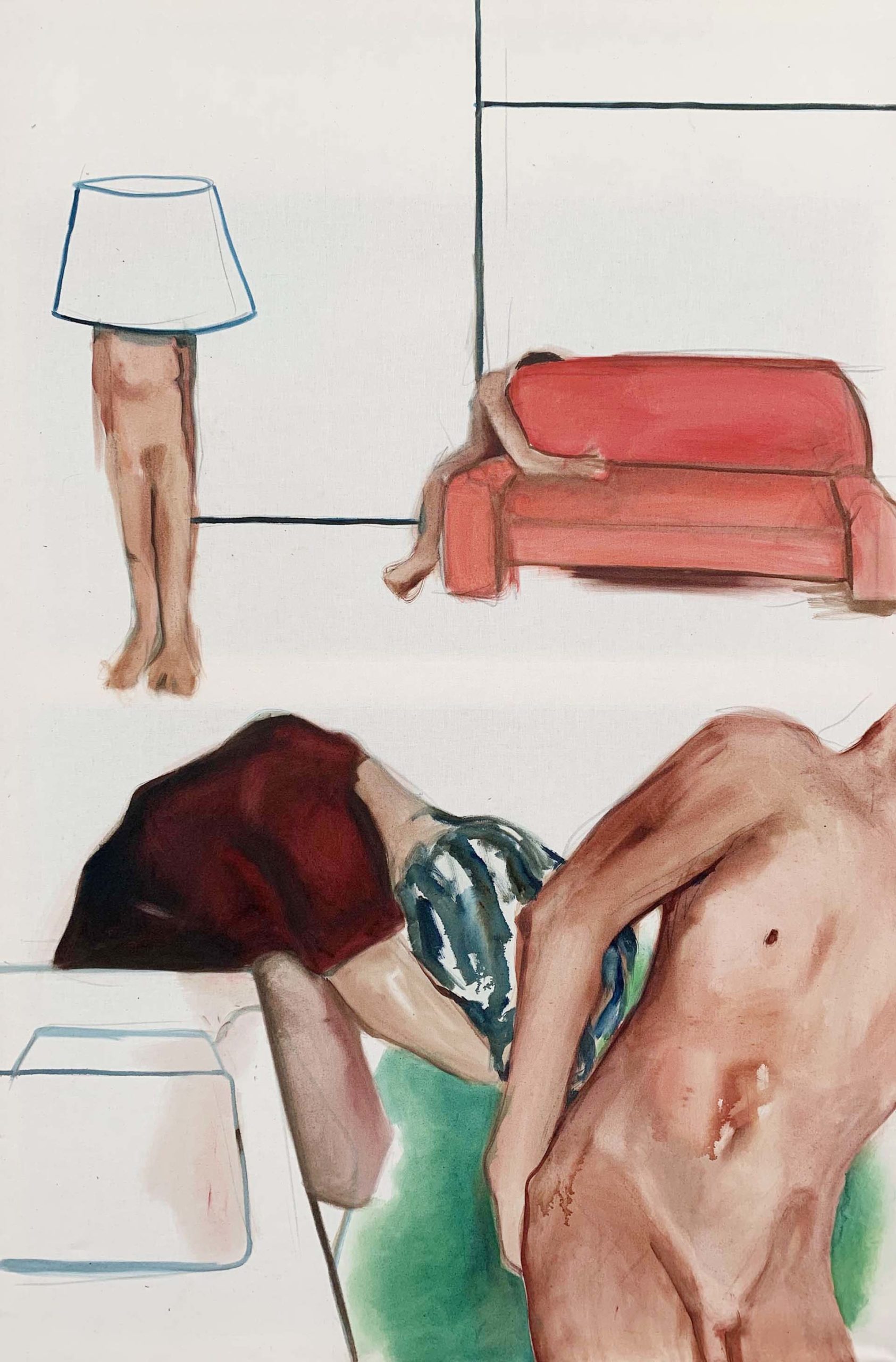 Being Your Living Room

In the 20ties of 2000 life takes an other choreography, which steps we did not know in the first place. Caused by the rising of new vocabulary, used in media for the events of the time, the drawing series KnockDown and performances The Viennese Coffee House were my straight contemporary testimony and are now followed by Sugar Twenties.

Sugar Twenties shows sceneries with a non-defined background, the blank canvas creates empty spaces, on which the protagonists act. The series of paintings does not only refers to a status quo we had, before the pandemic hit us, but also catches the ephemeral momentum of change – shown by repetitive rotation movements in the paintings. These movements and rhythm are only interrupted by lines which tears apart or which attempt to create a contingent time schedule again. A straight line creates a system, perhaps a known, patriarchal one. Maybe the time line can be positively perceived and bended in natural cycles, which influence all living and guaranties a continuation. What happens if we follow the rotation (as the cycles of moon, seasons, aging, etc.) and we start to transform the new reality? 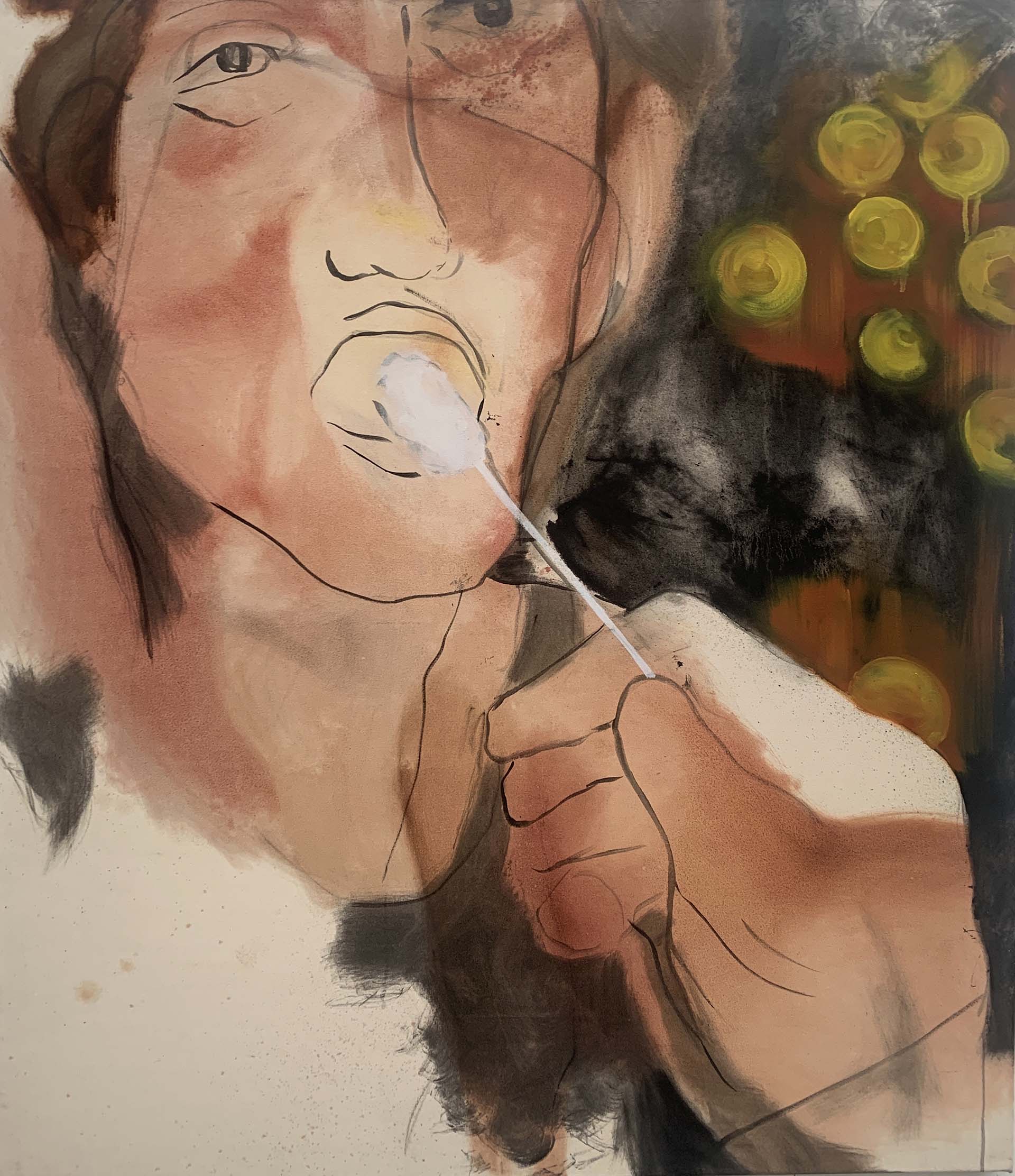 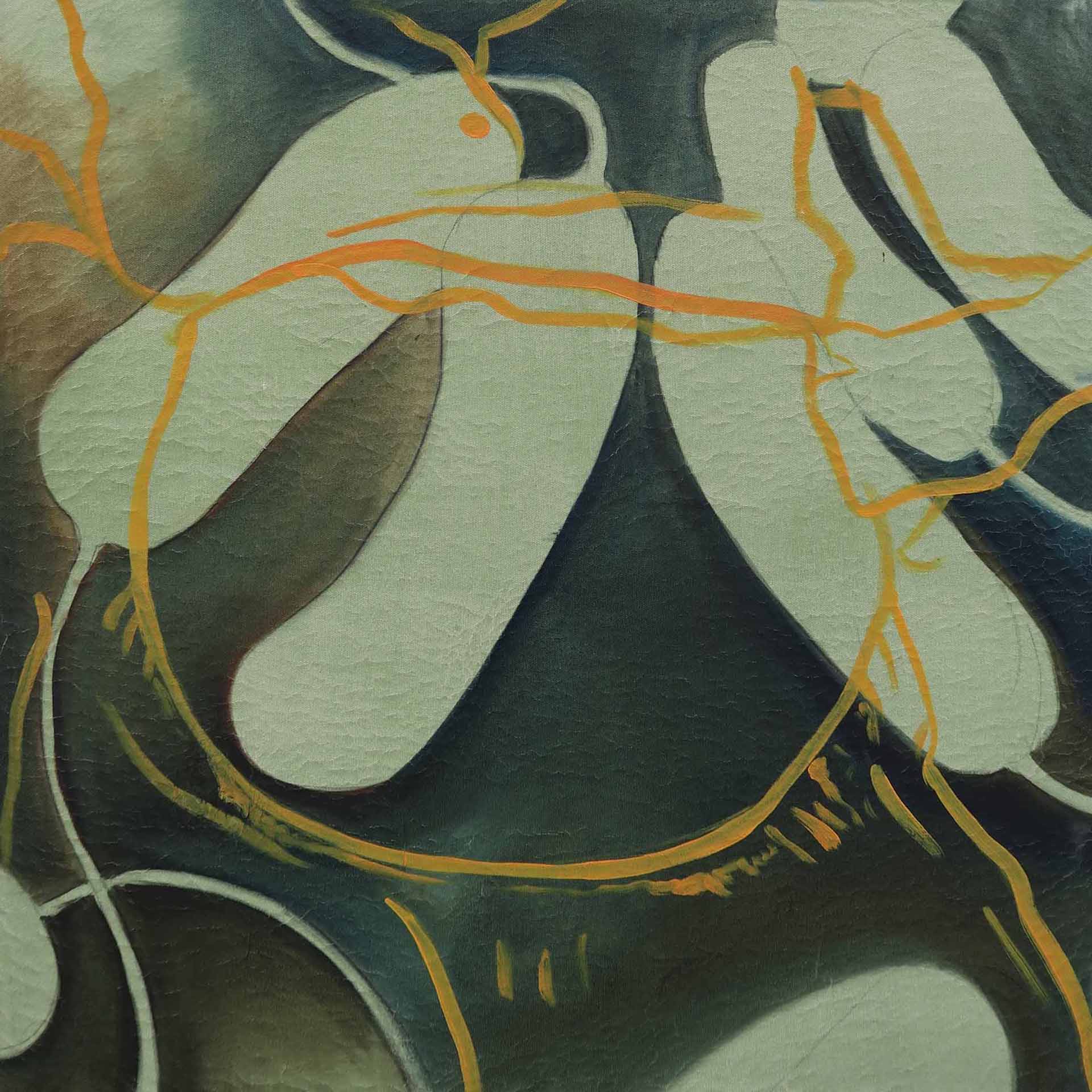 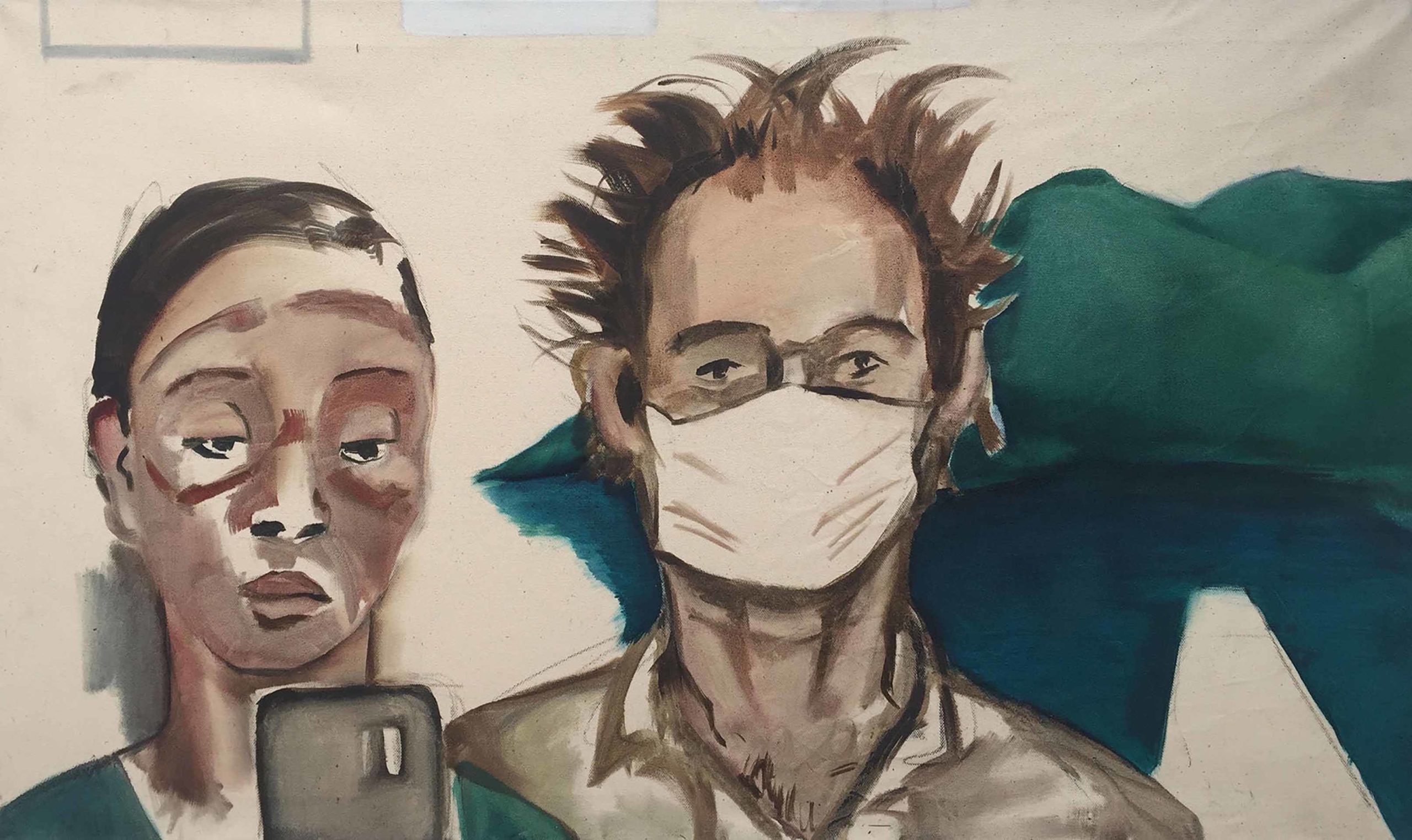 Enacting my paintings and developing their presence in space, where they are exhibited, is an exciting future challenge for me. This “Mise- en -scène” which is a situating and taking position in the three dimensional, began with the painting series of Family Patterns. The Sugar Twenties are dealing with the presence, which takes a look forward and backward, while being accompanied and shadowed by a constant unknown. 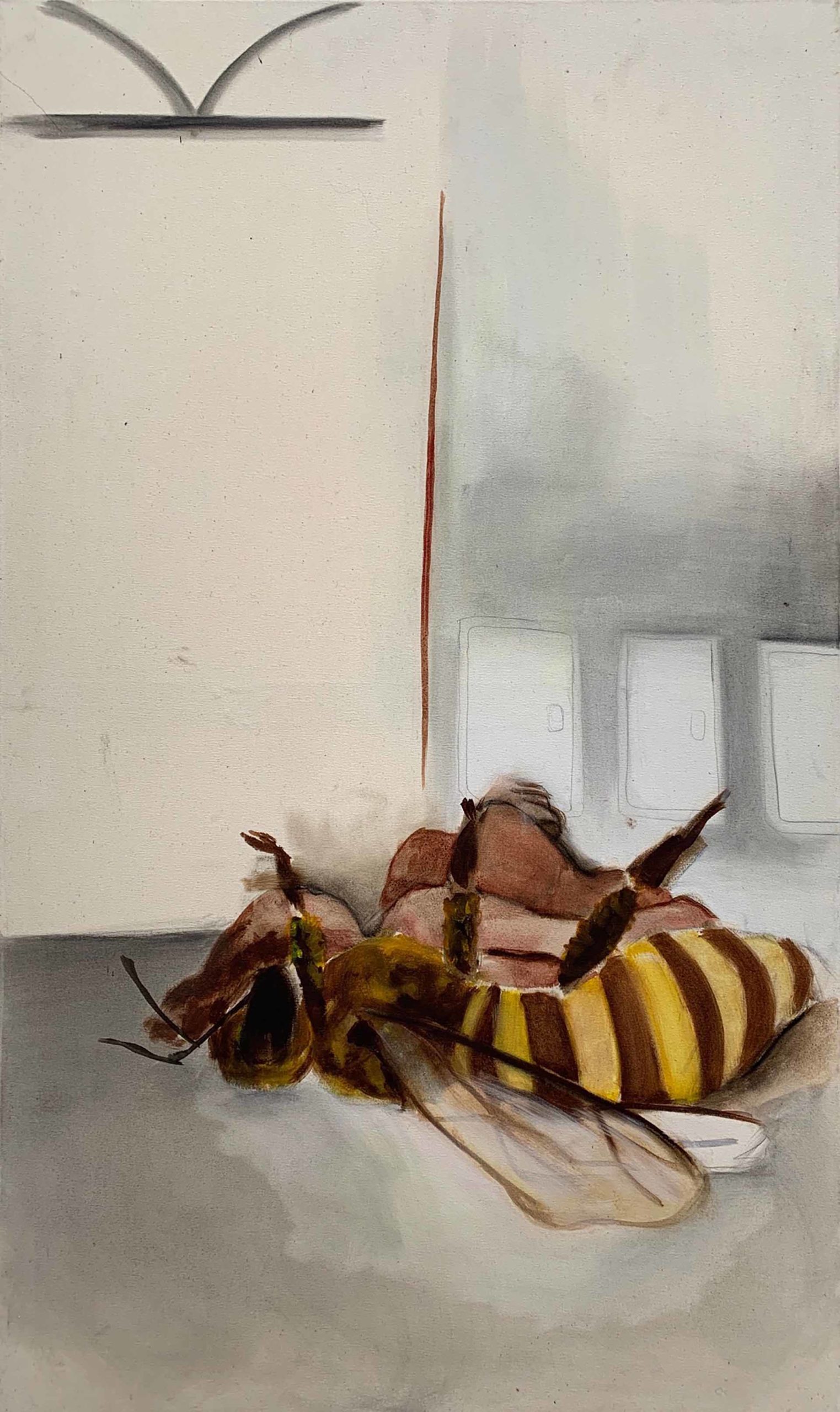 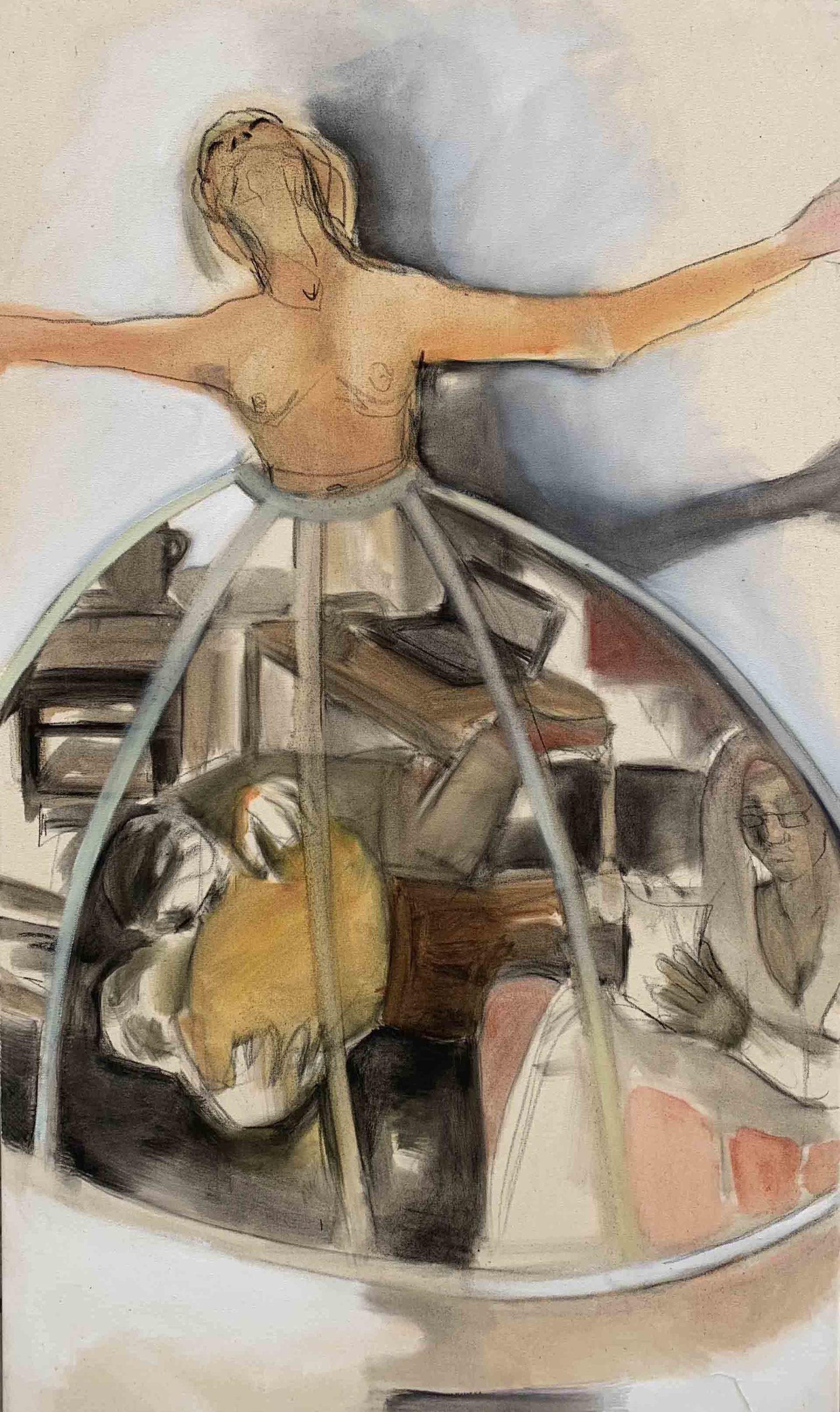 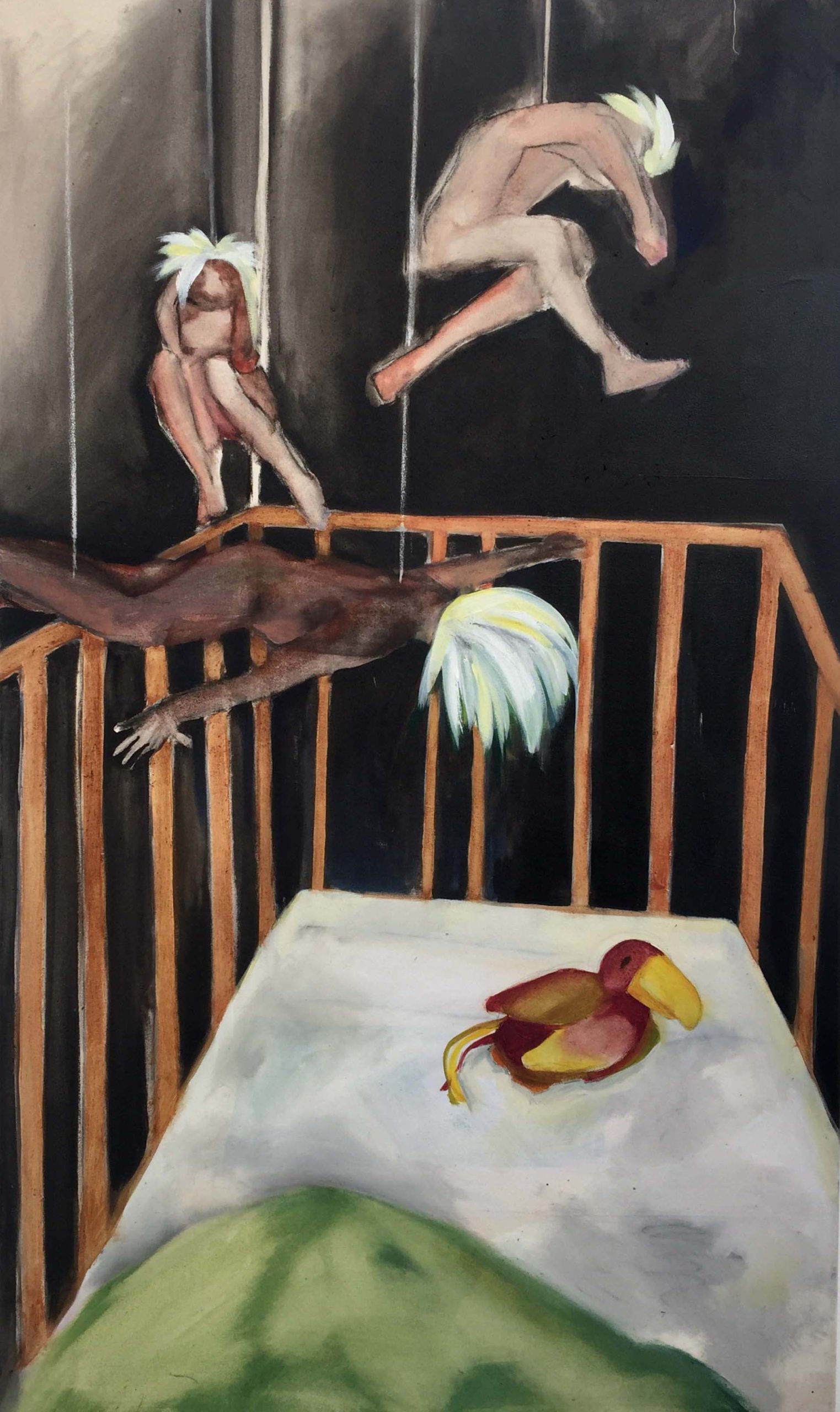 Languages, the spoken and written word are essential sources of my inspiration and processing. As a mother artist in these times it is important not only finding a voice to be heard but also the space to express and to be seen. The released spaces in my paintings are benchmarks of this hope on the one side and the feeling of extinction on the other side. 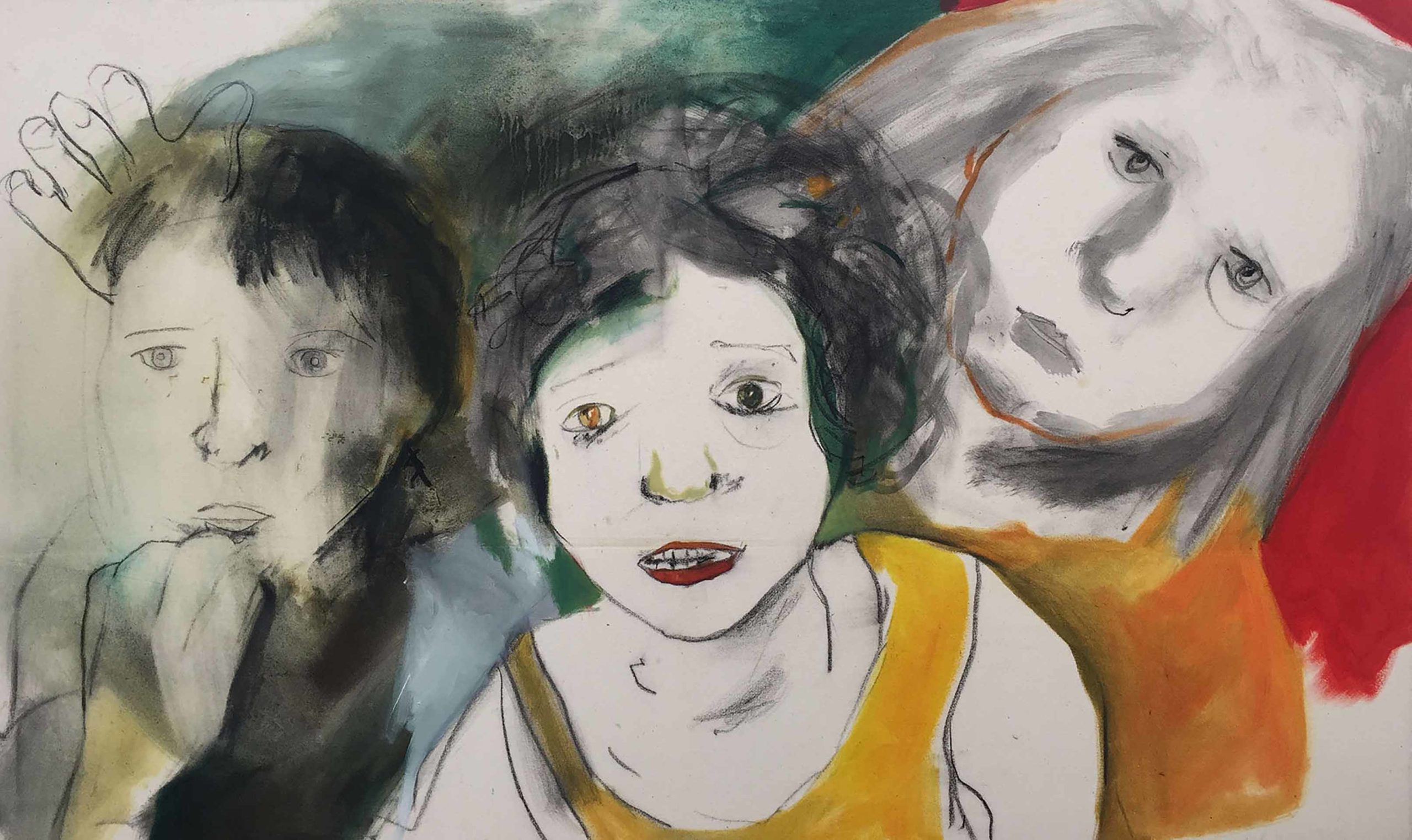