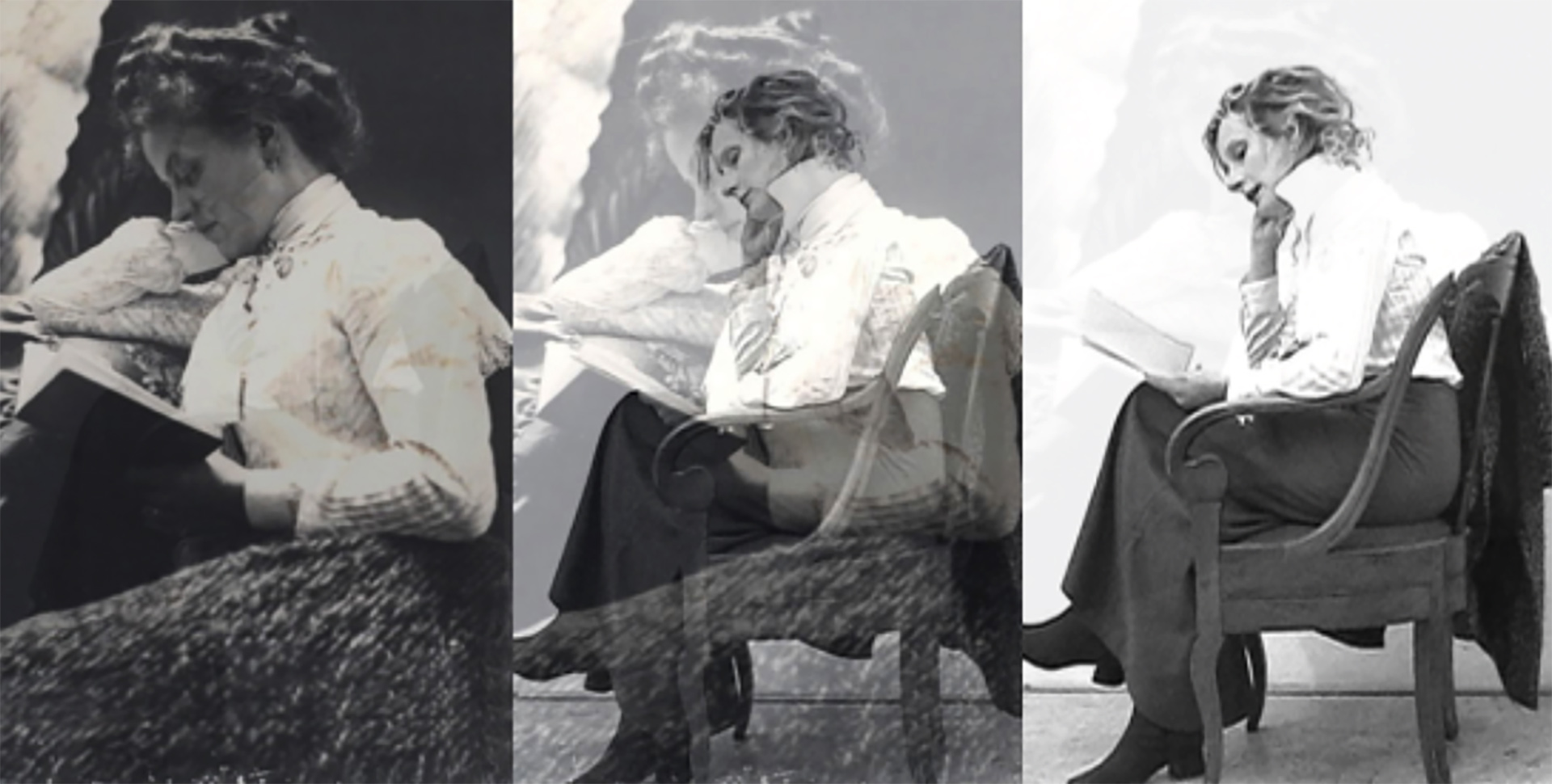 As the public enters I am already seated within the projection of my great-grandmother ́s image. My shadow is visible on the projected photograph; like the audience I am sitting in the darkness. My voice breaks through the calm atmosphere. I struggle with words and expressions in diverse languages, seeking to be understood. The audience is asked to assemble their own individual puzzle of understood words and content.

Performance done at the international symposium ranslator as betrayer, with artists, writers, translators and activists, organised by Tatia Skhirtladze at the University of Applied Arts Vienna.

I enter the room, sit down on a chair in front of the public and the picture of my great- grandmother is projected on me. I am sitting within her picture. Written in five languages, the story traces my relationship to my great-grandmother, of whom I possess nothing but a photograph. First the public listens to her imagined monologue in Italian, then I ask myself in German what my great-grandmother’s name might be and how I could obtain more information beyond the photo that I have. In the French part she falls in love like I did when I was living in France. The English part describes her journey to the birthplace of my grandmother, her daughter. Finally I explain to the audience in Dutch why I cannot express myself anymore and the dialogue between my great-grandmother and me is interrupted. At that moment, an image of a woman who resembles me appears in a short film fragment. The actress looks at the public, turns around and leaves the room slowly, to the sound of her steps taken on high heels. I stand up and leave the stage in the opposite direction to her, my steps matching her rhythm, as she says: ‘Voglio cercare le sigarette’ ( I want to look for cigarettes). 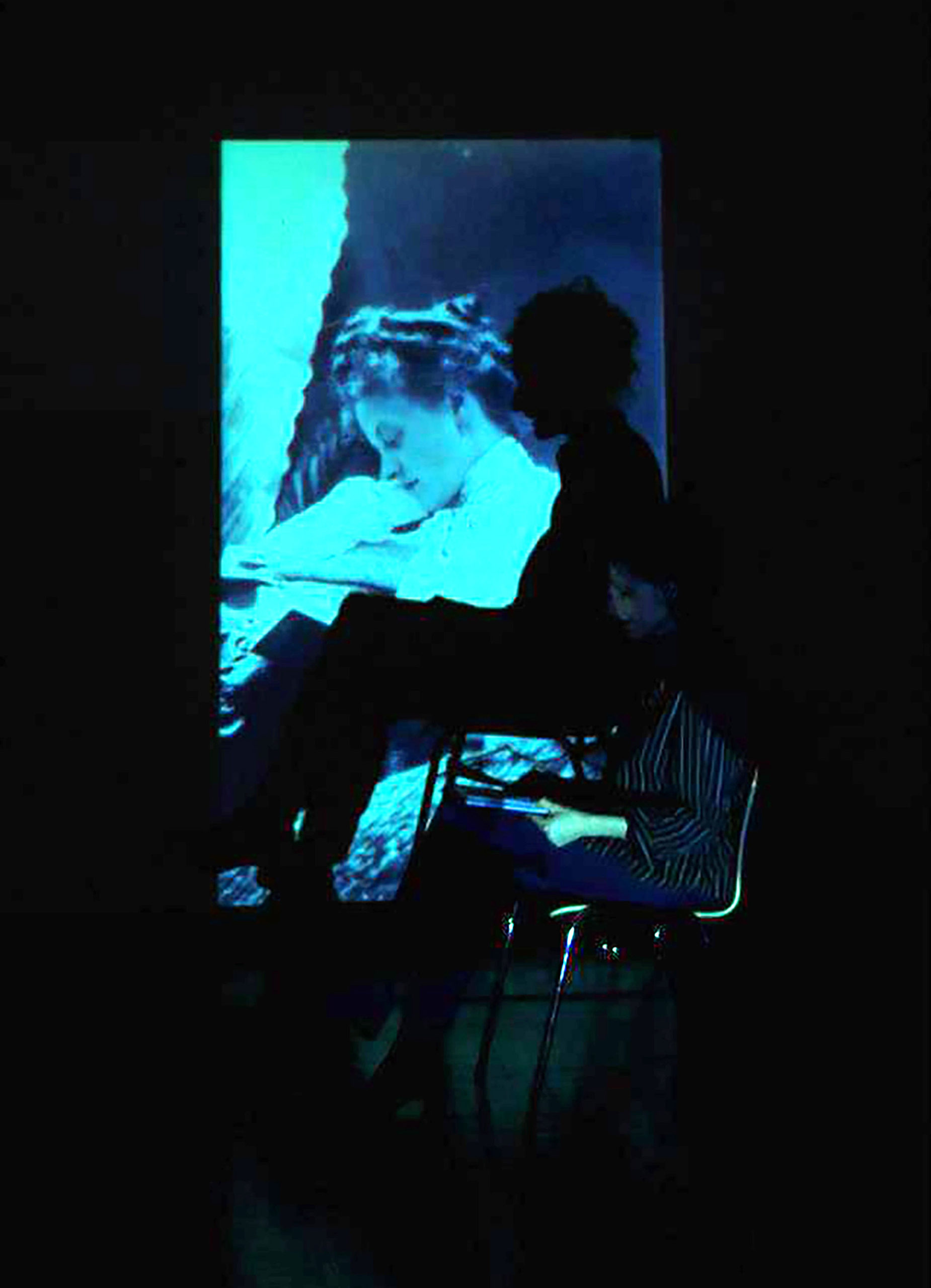 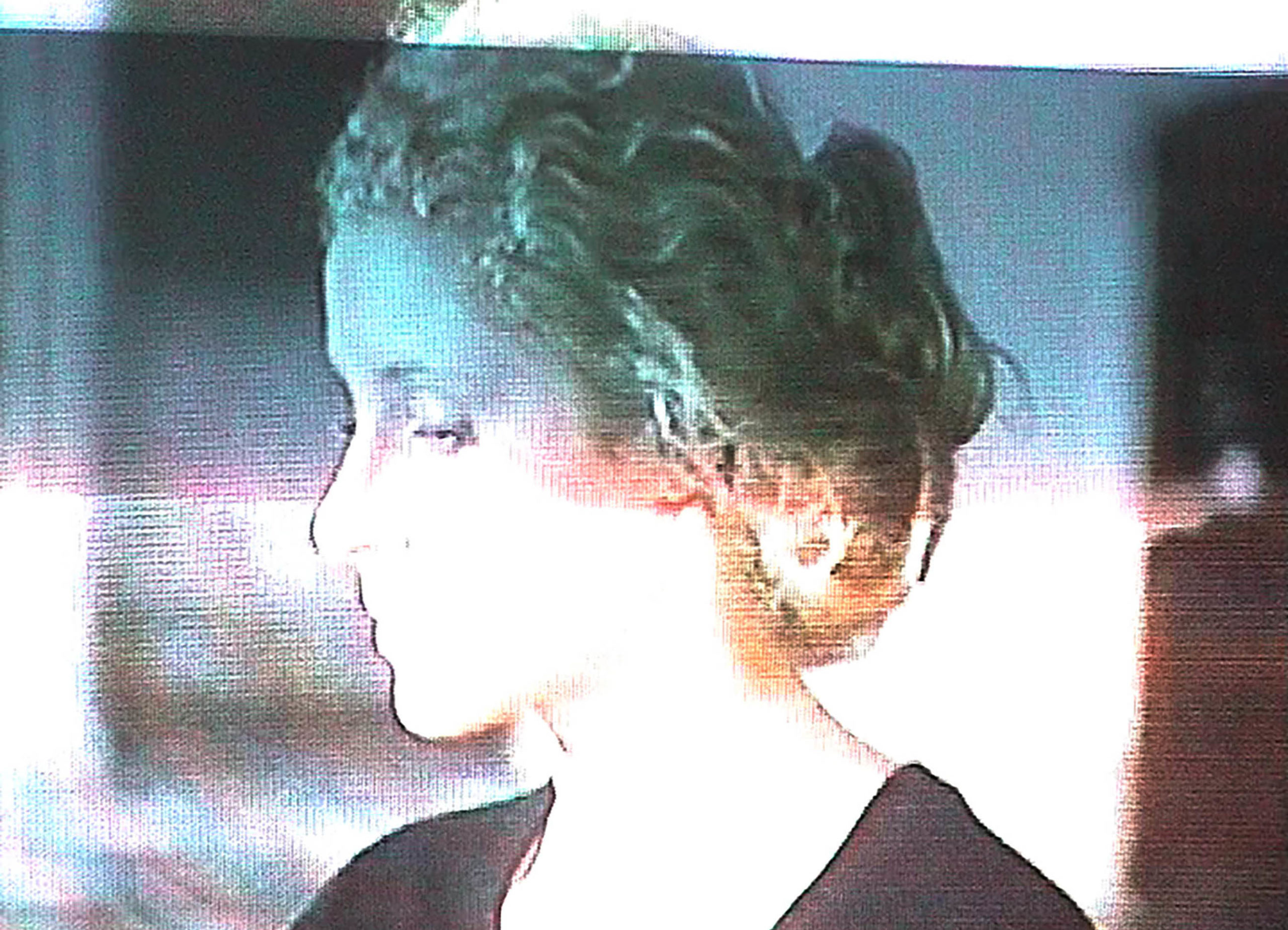 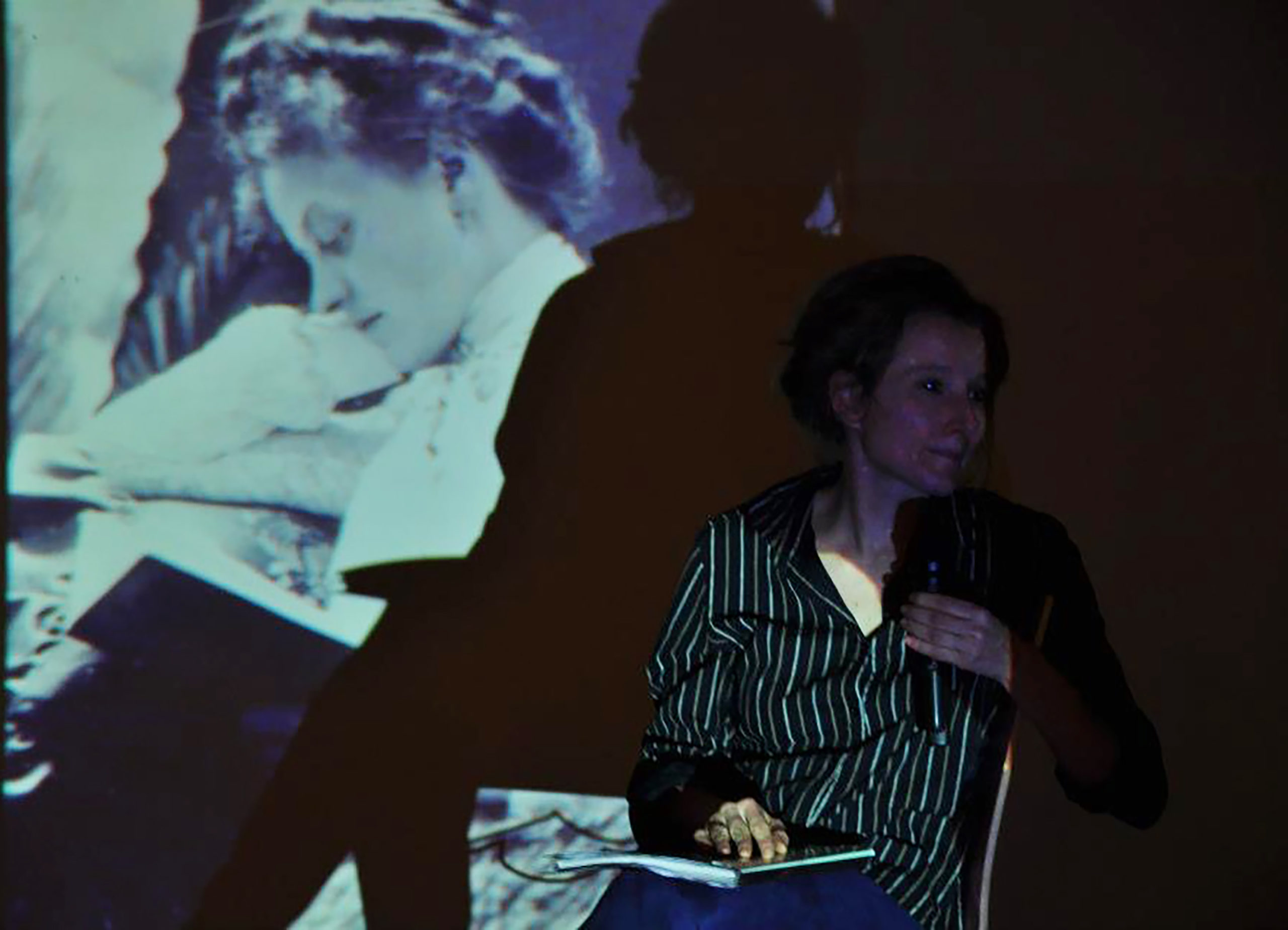