Motherhood as a public gesture 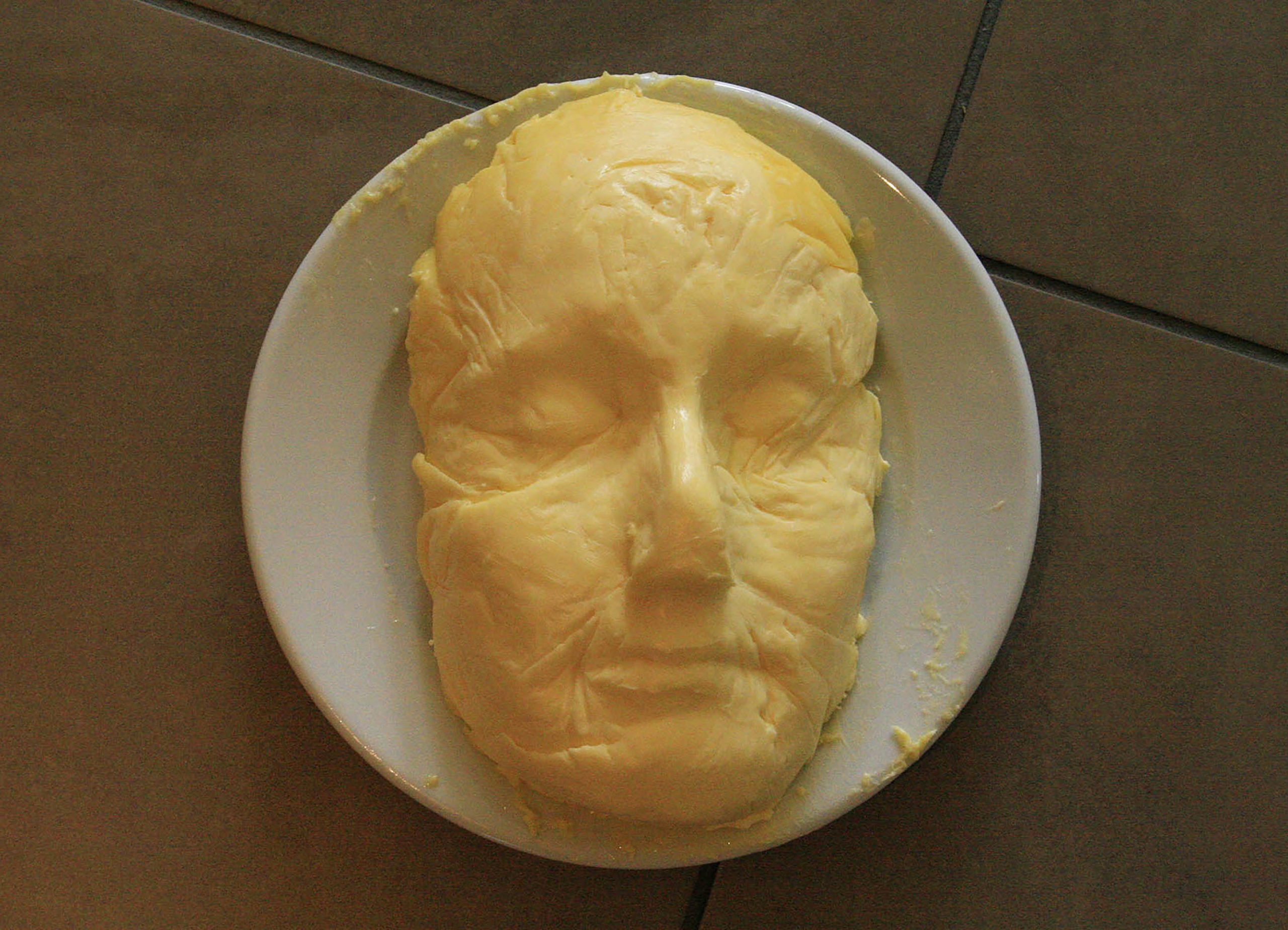 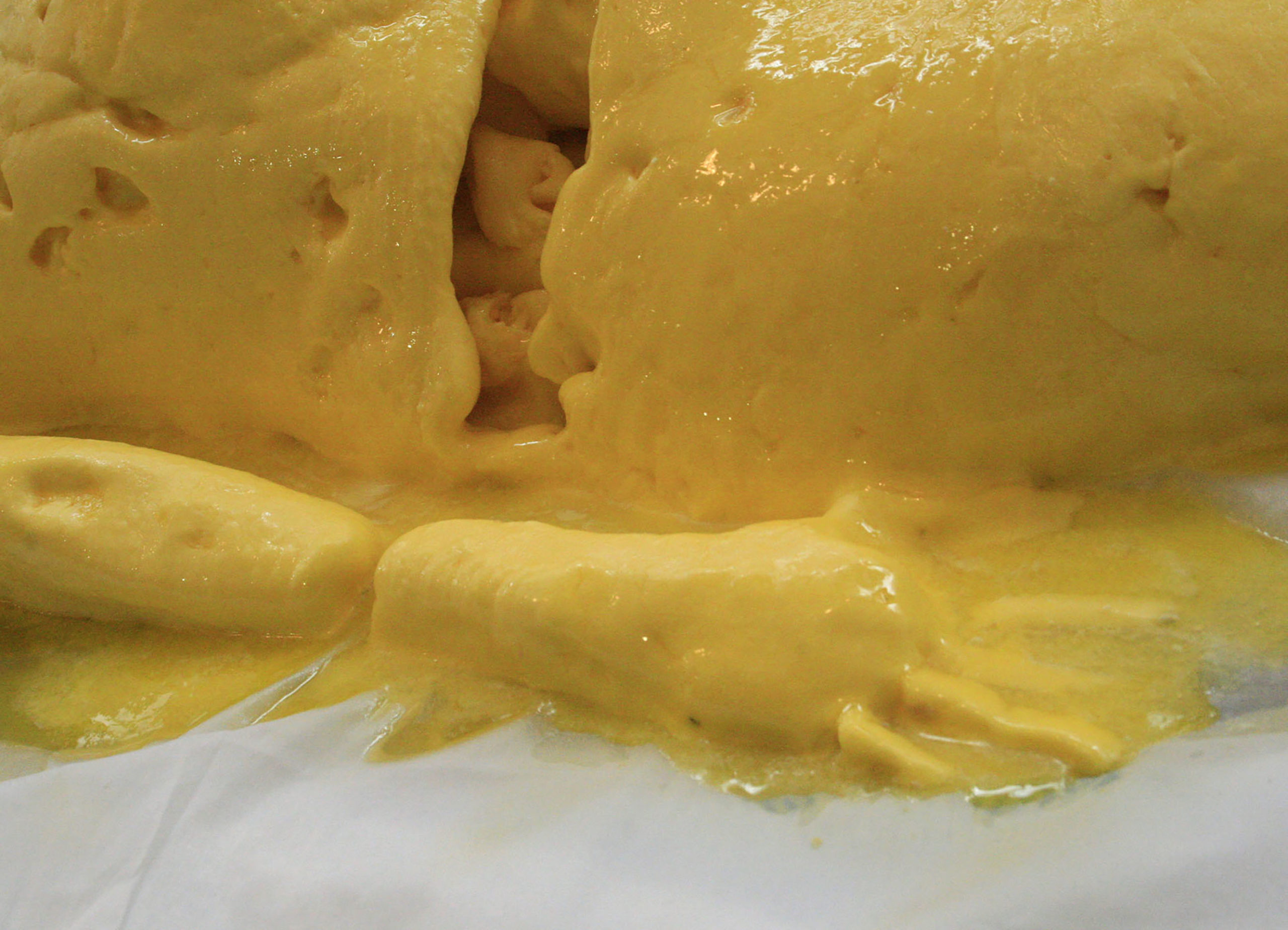 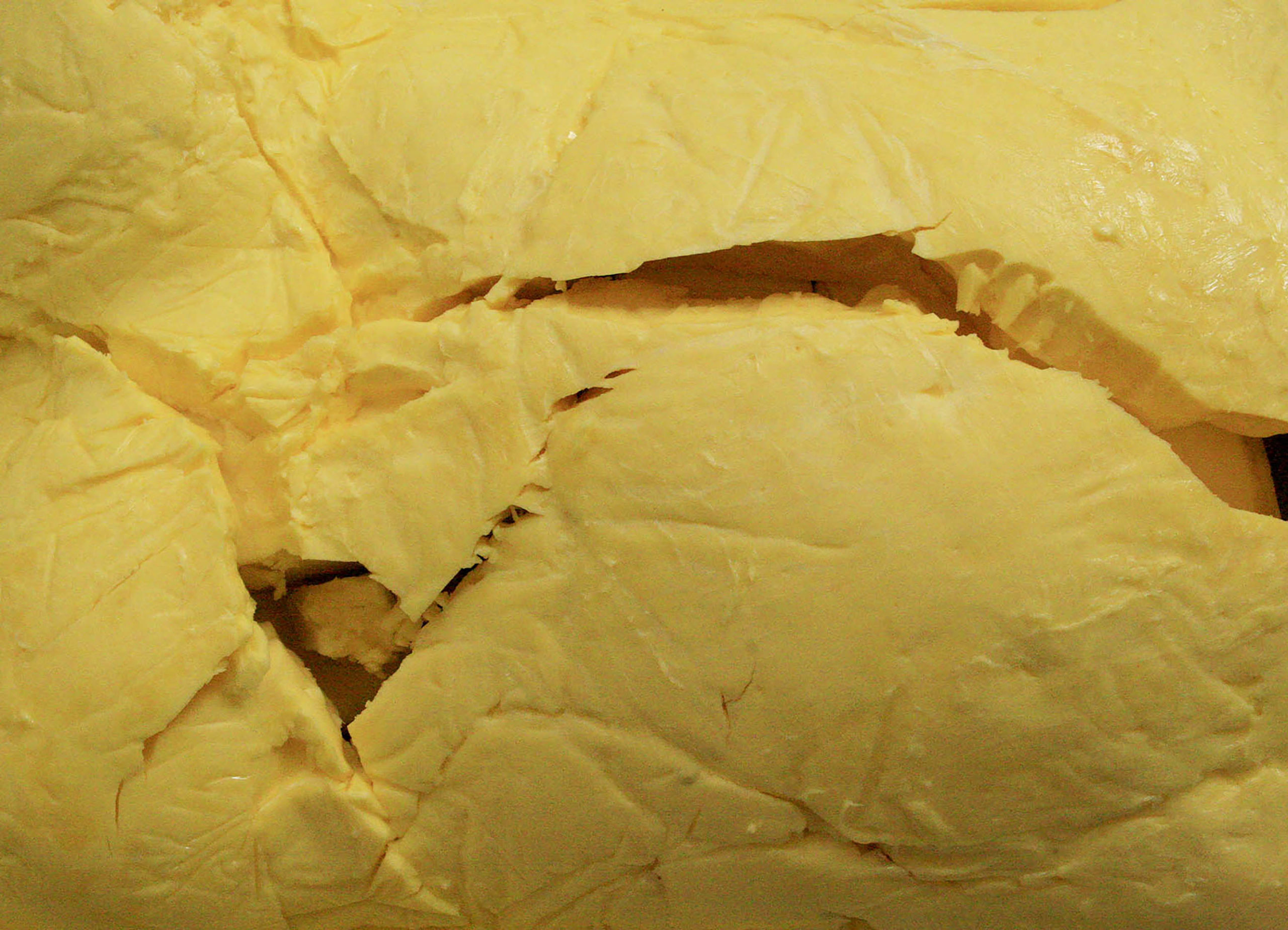 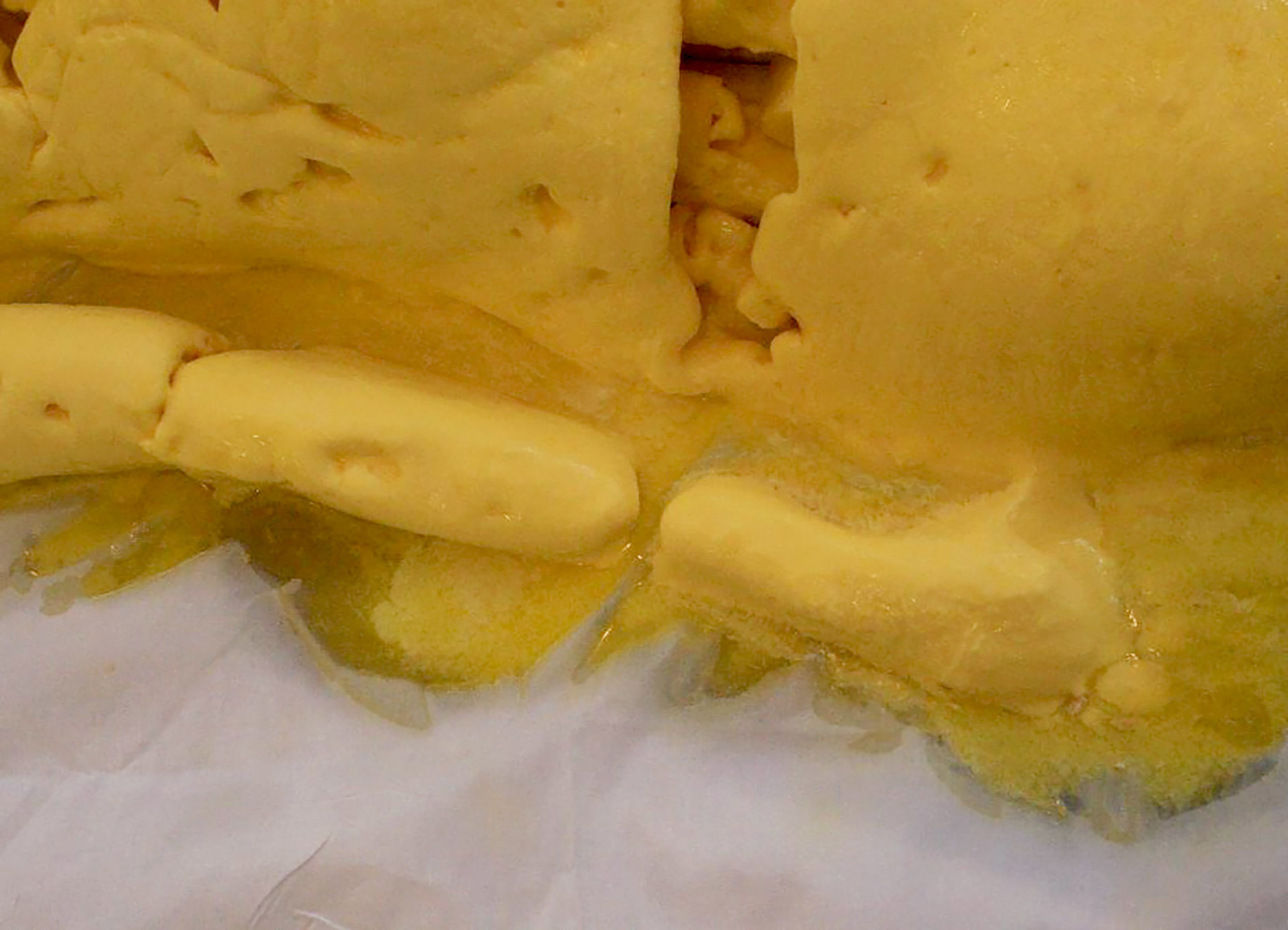 When I became pregnant, it was natural to include the transformation of my body in my artistic work. What happens to a woman’s body when another human being is growing in her womb? And how is it possible to find an expression for it? Fat, which transforms through warmth and time, had for me as a material the ephemeral aspect I was looking for, also in consideration of the fact that a pregnant woman’s body becomes “fat”, which has a positive connotation for me. In food, fat is also an important carrier of taste.

In Dublin I planed to treat the butter as material, which forms a bodily prosperity: my pregnant body got formed into a sculpture made out of butter, which underwent different stages of transition regarding the time and temperature during the exhibition. As the pregnant body the sculpture would vanish after a certain amount of time. 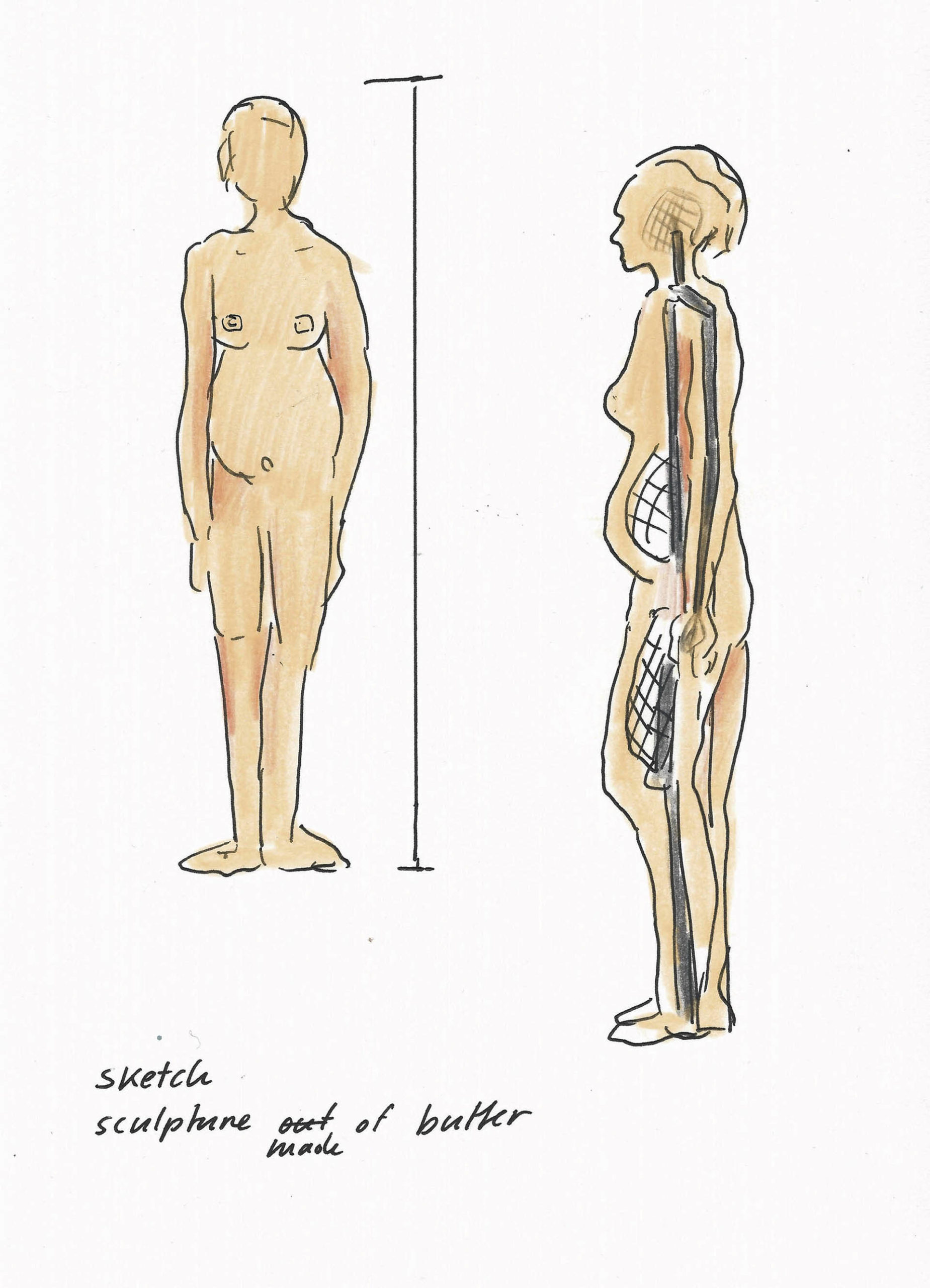 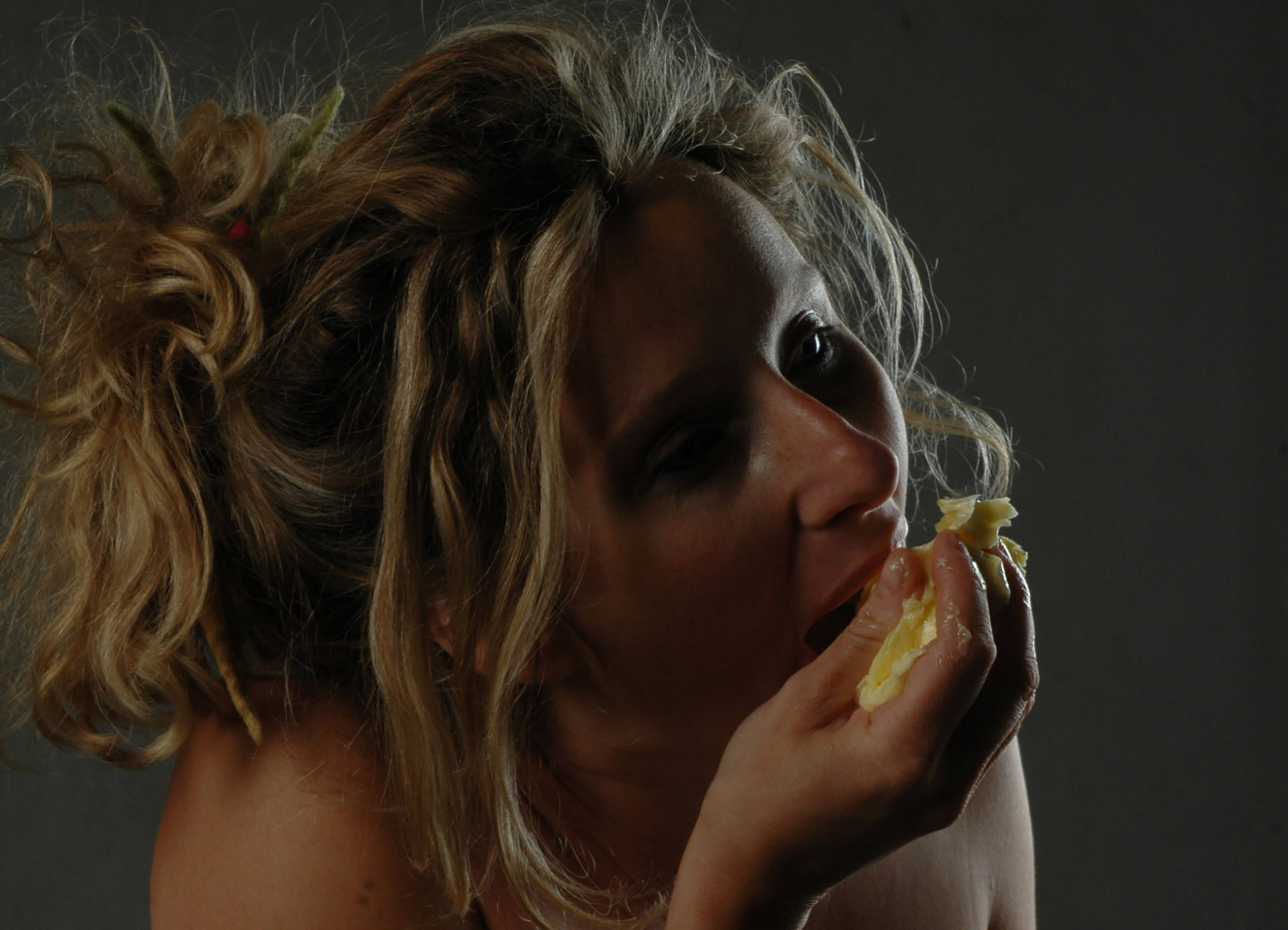 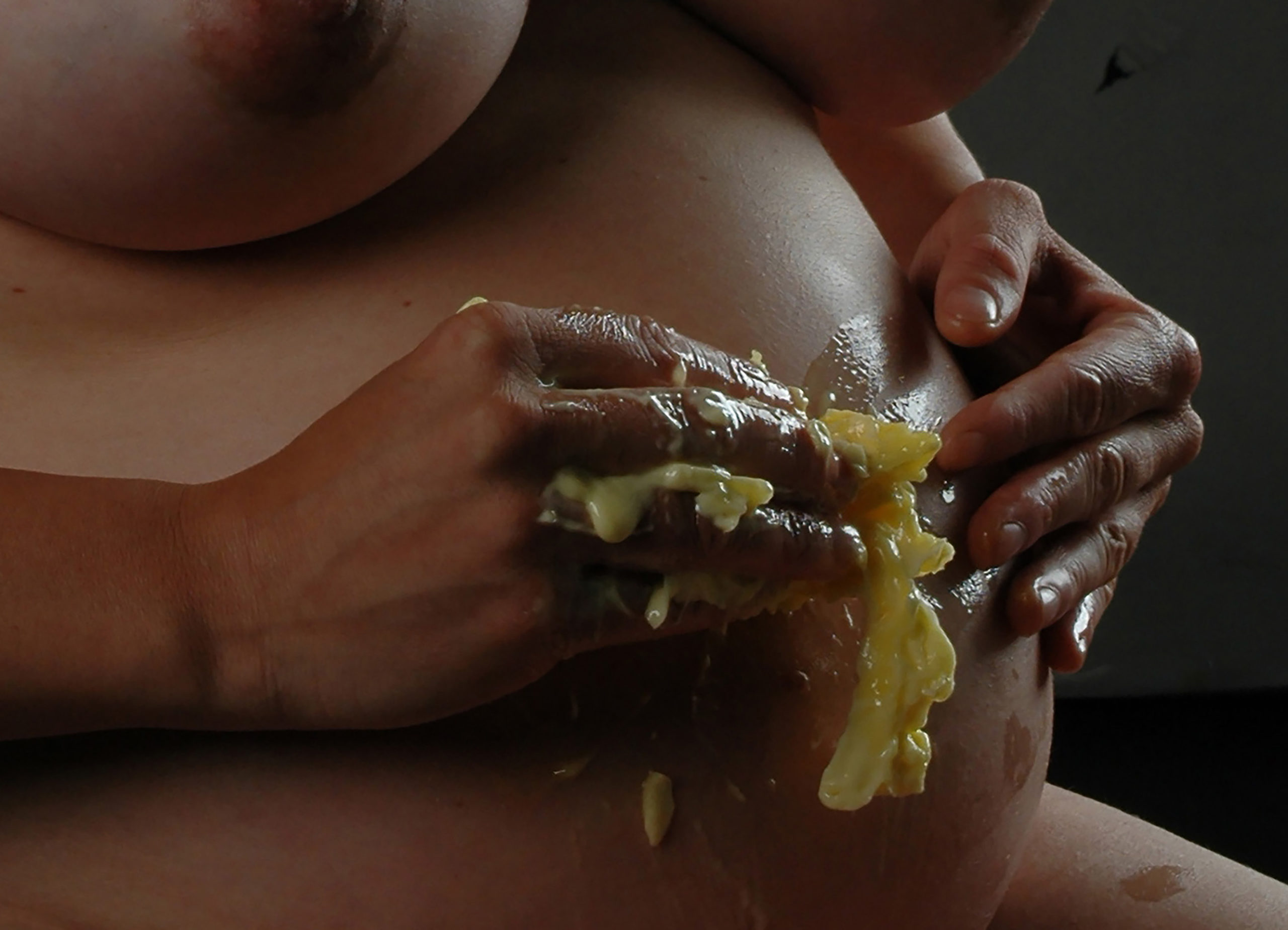 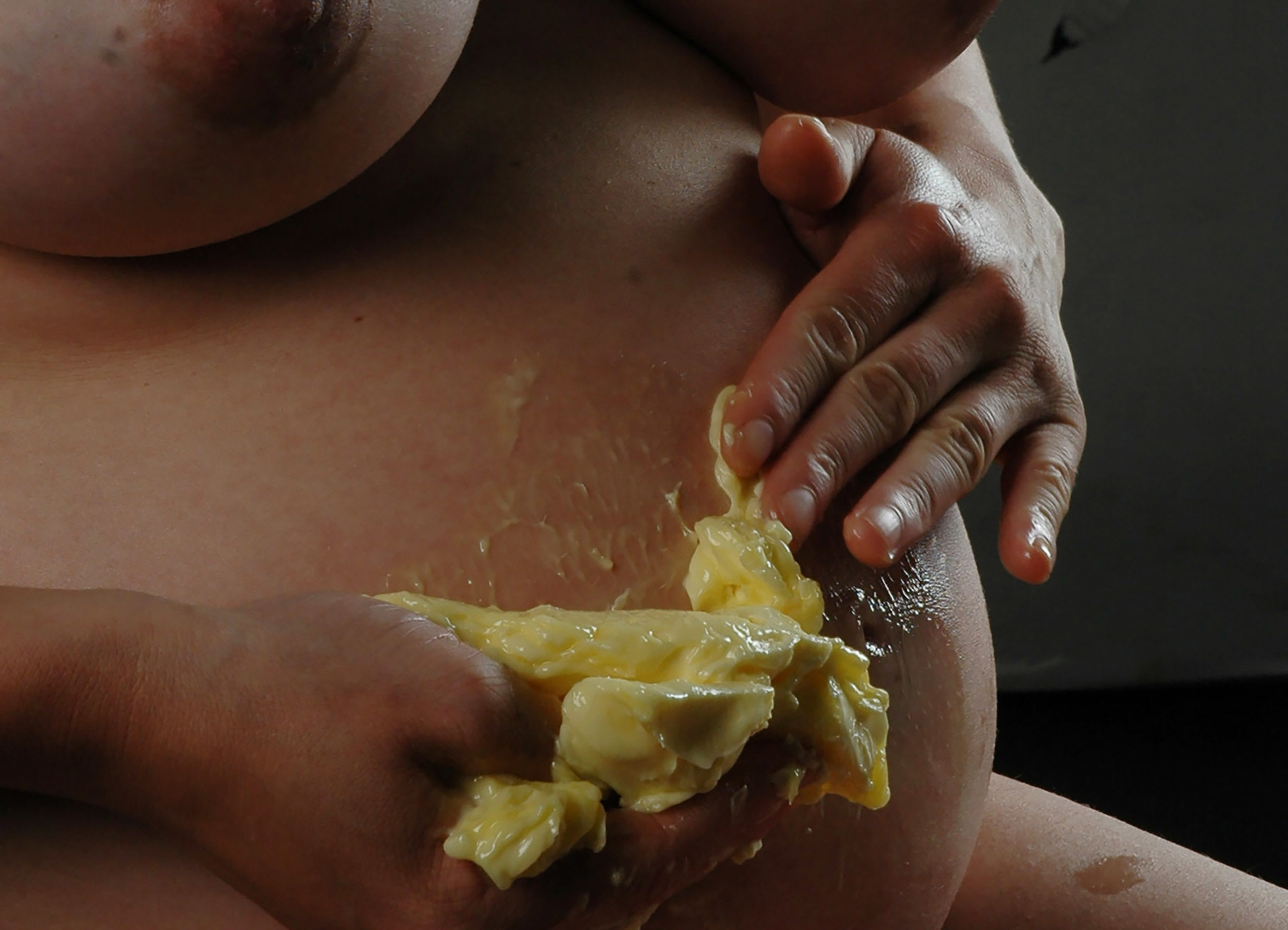 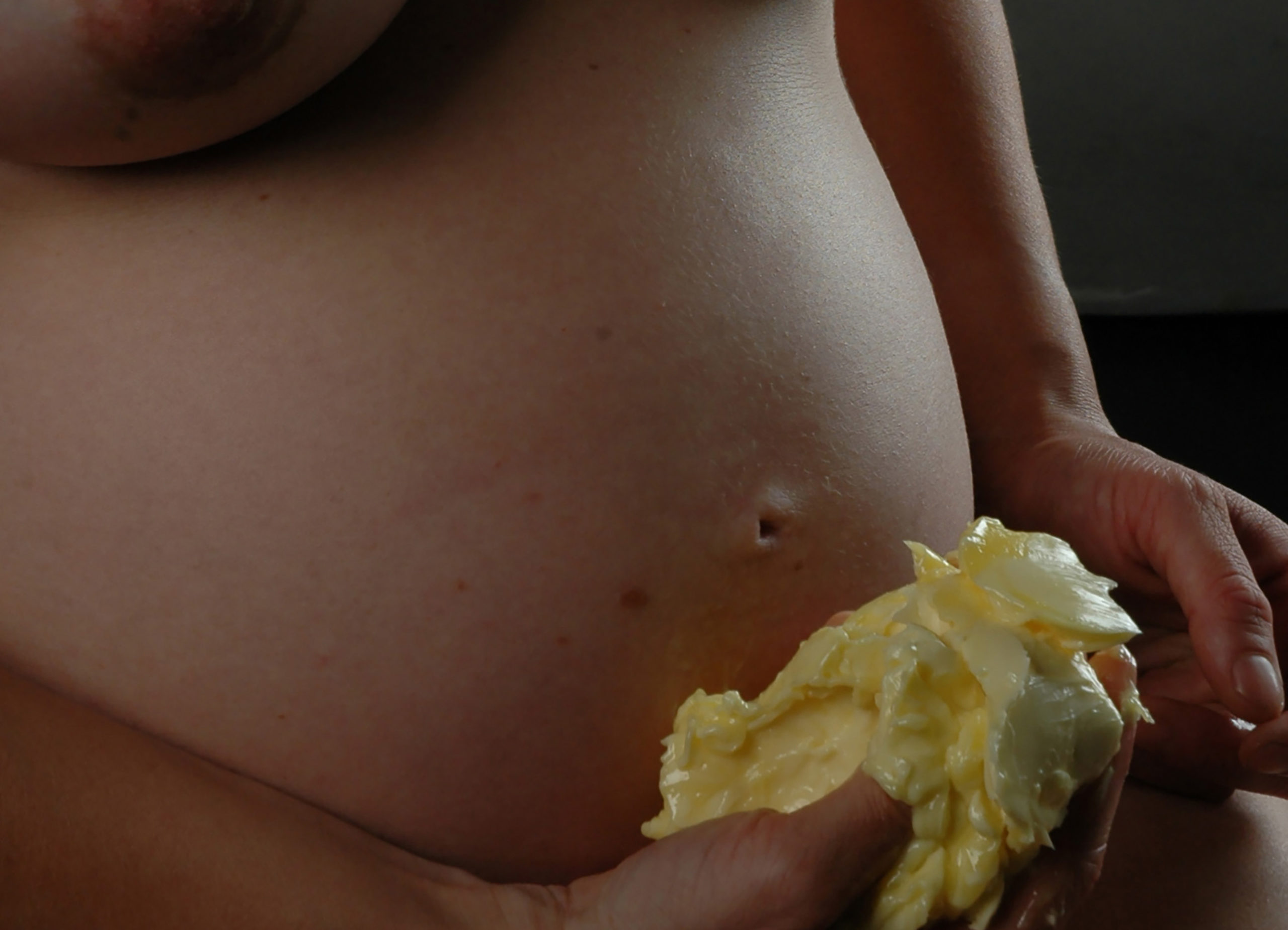 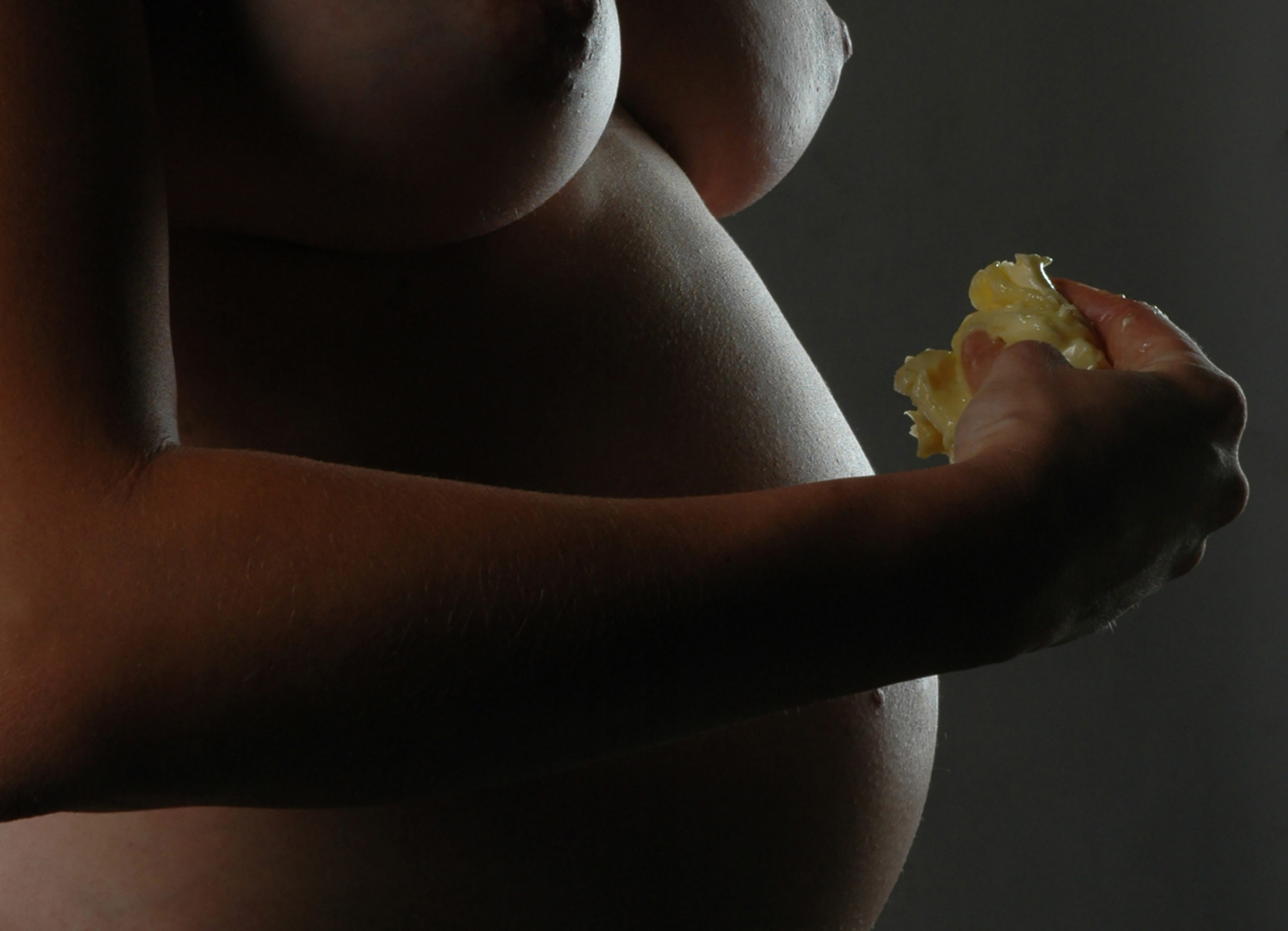 My daily bread and butter

How do you combine your art practice with your motherhood?

This question I asked during the gathering called My Daily Bread and Butter in Dublin when my fat sculpture was exposed at the LAB in Dublin, in context of the If I can’t dance event “The Office of Lost Gestures”.

Women who were working in the art field were invited to come to the LAB and to share their thoughts and their experiences on this topic. Some women were not mothers (yet), others were pregnant or had already children and more experiences in the reality of combining their art practice, their financial situation and their motherhood.

At the time I was in pregnant in the seventh month with my first born child.

The ambivalent relationship that western societies have with fat led me to further work with fat as a medium and to create an artist book titled Tasteless, inspired by free associations based on this material. In this book I explore the use of fat in the German/English language: fat and water are two opposing poles which naturally repel each other. In the drawings I attempt to combine them by using a mixture of the ingredients ink, watercolour, lipstick and fat. In the book texts I play with the connotations: aggressive reactions to fat, fat as a source of flavour, used also in ribald sayings, positive connotations of love, comfort, warmth and security, the altered meaning of fat in the context of pregnancy. The words create their own melody, while the lines are a rhythmic counterpart to the drawings; words and images evoke an internal music. The cover page of the book is designed in such a way that the fingerprints of the viewer and reader leave their imprint on the book cover as a slightly oily (fat) identity trace.

The title refers both to the material fat which does not have a taste but is a support for the unfolding taste and tasteless comments for various social topics. 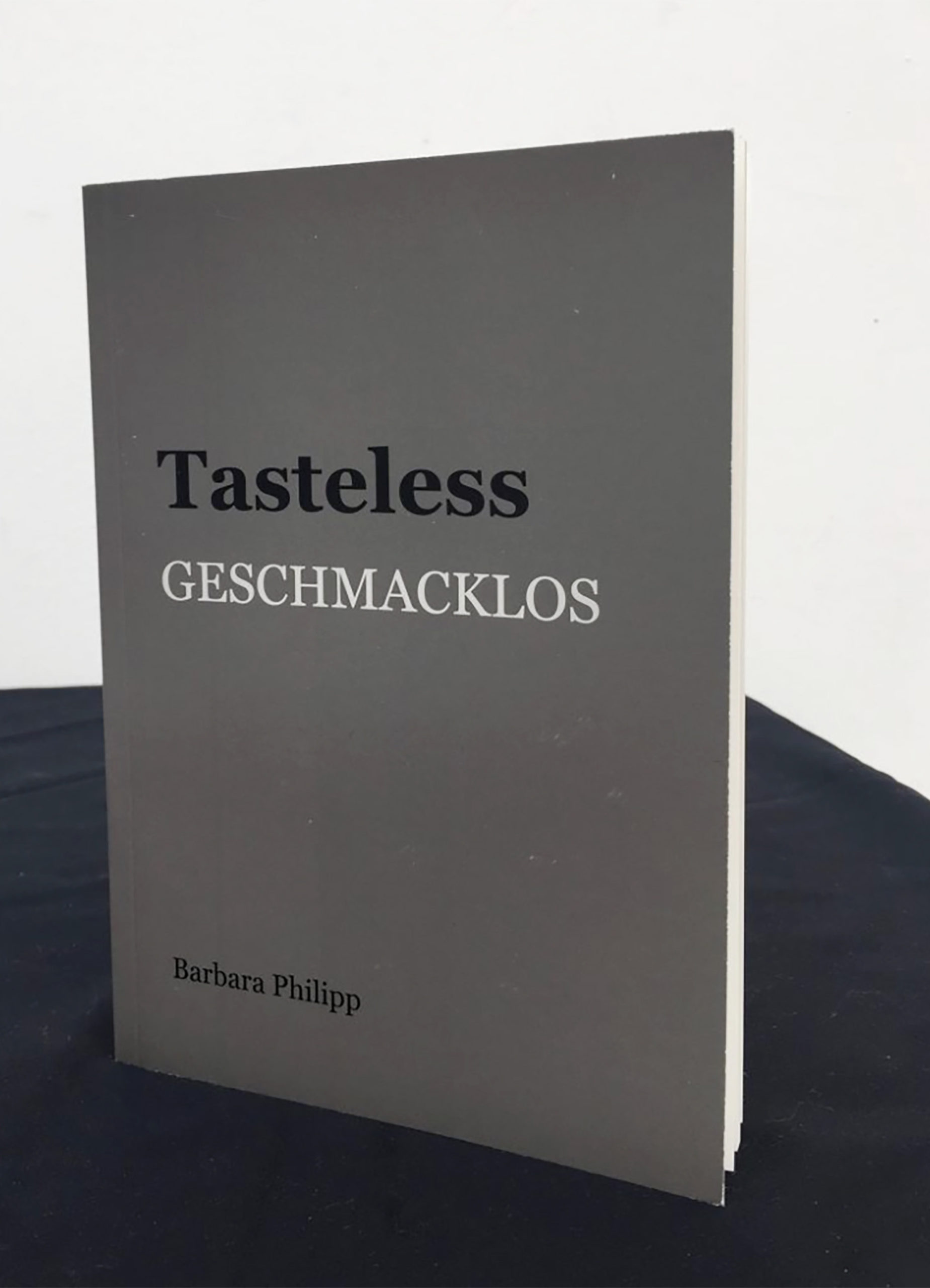 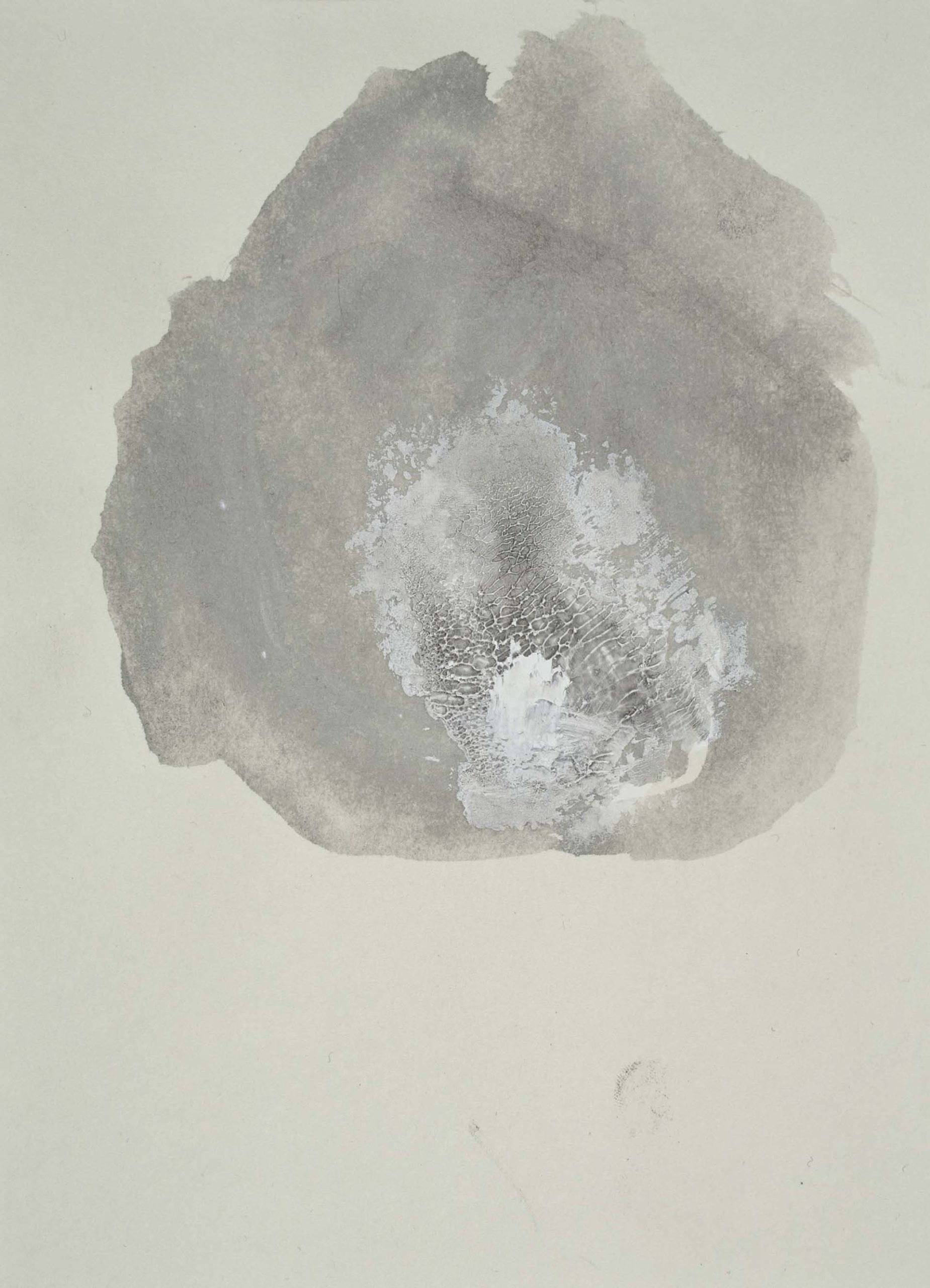 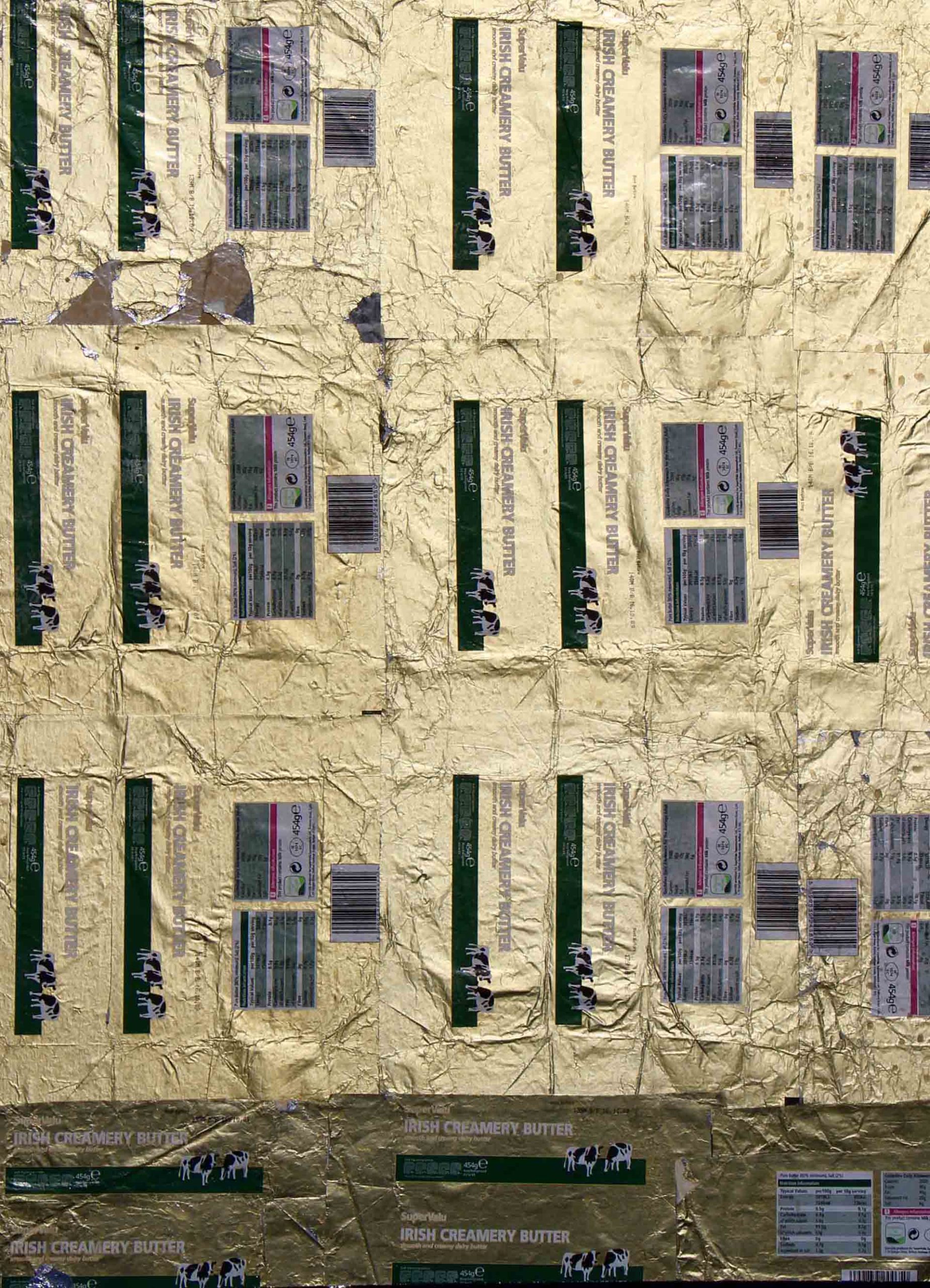 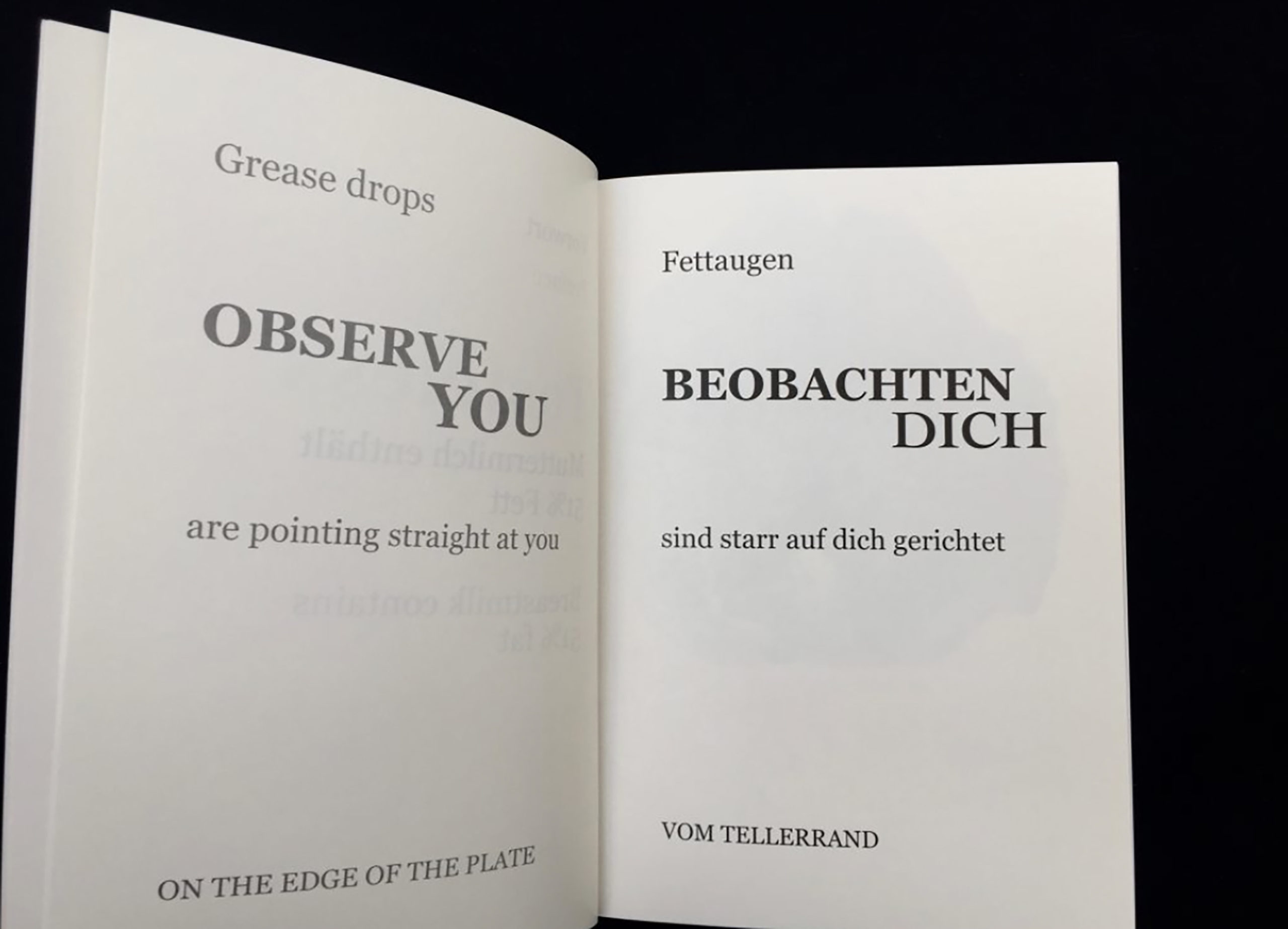 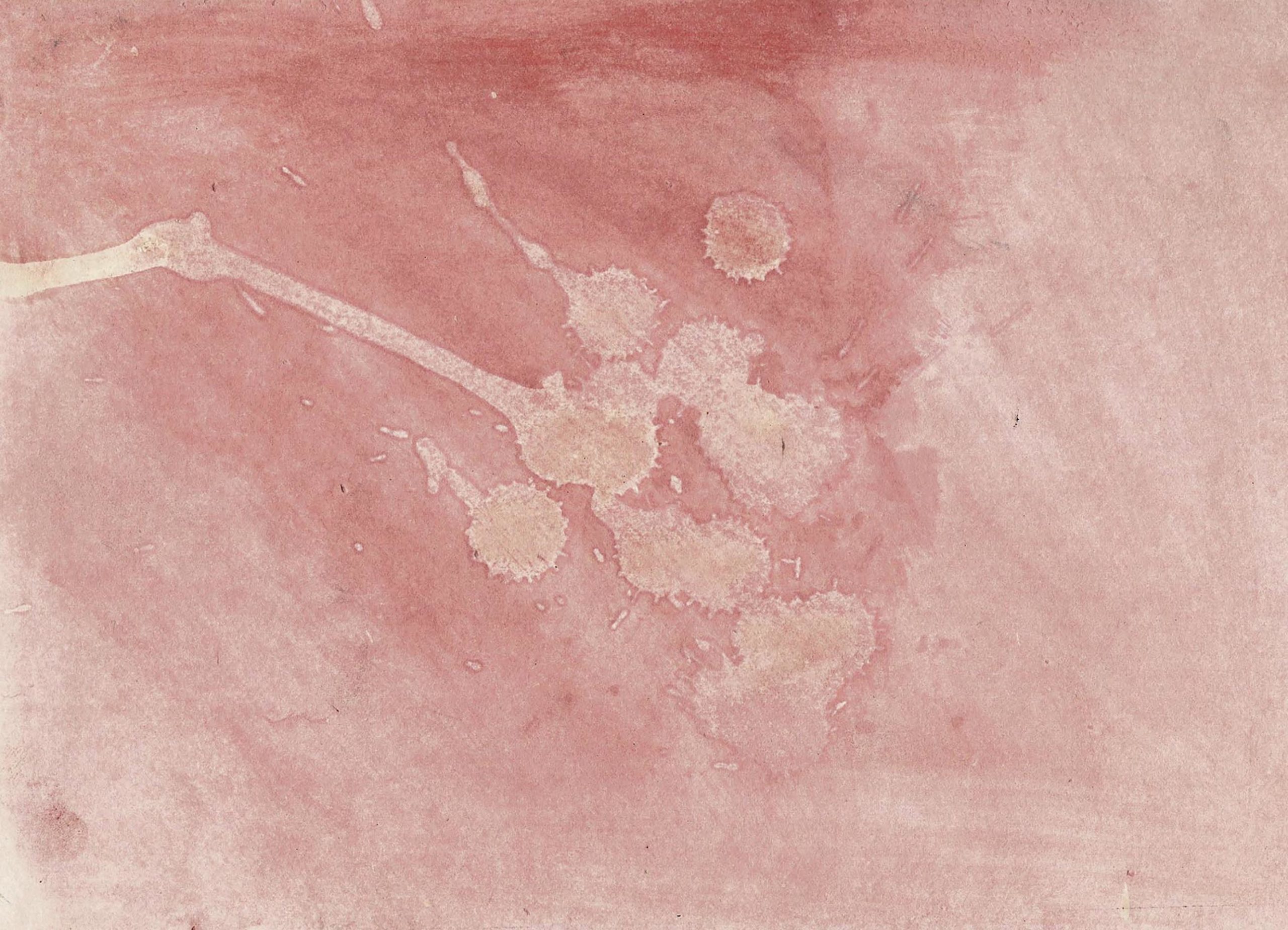 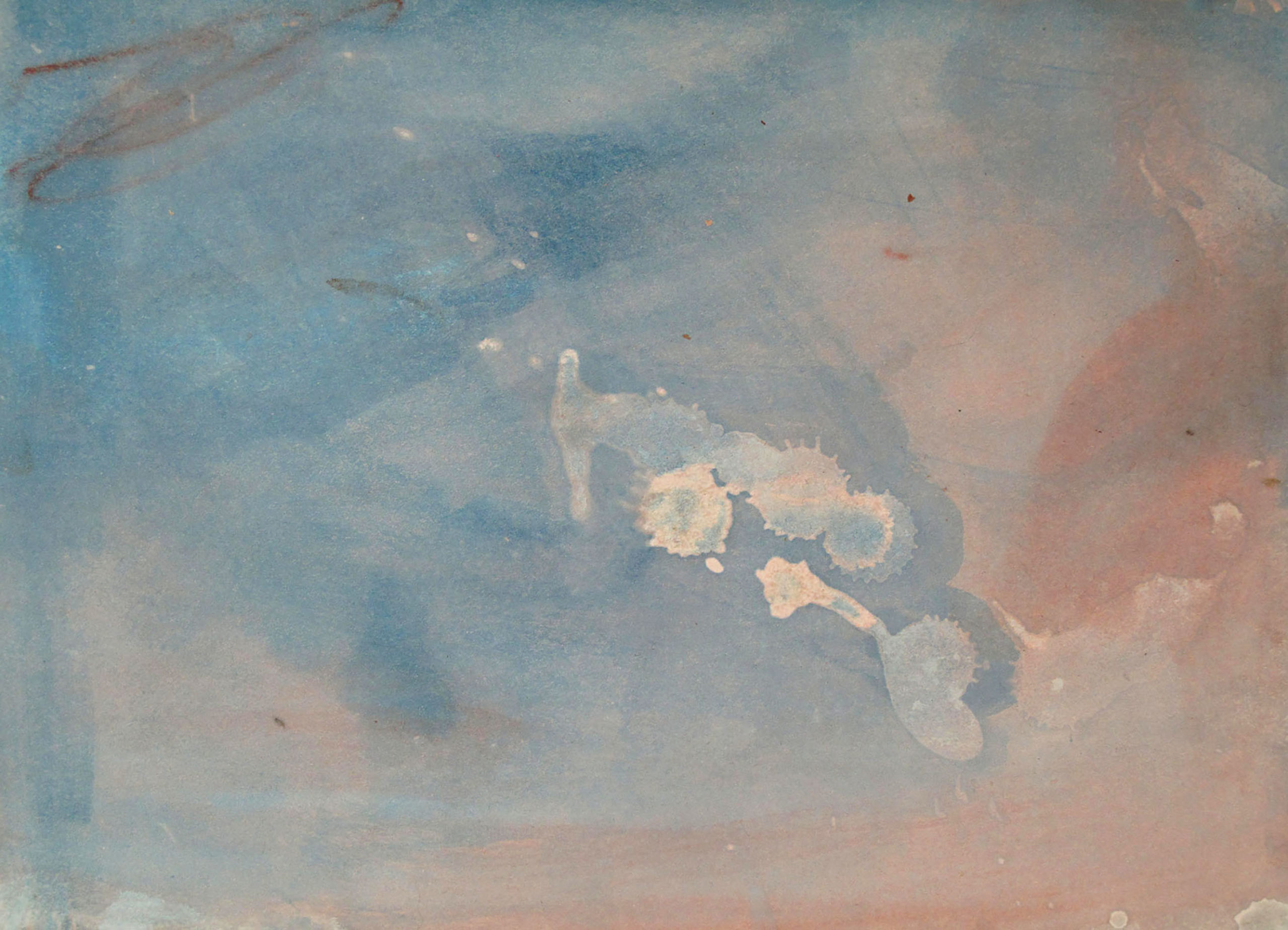 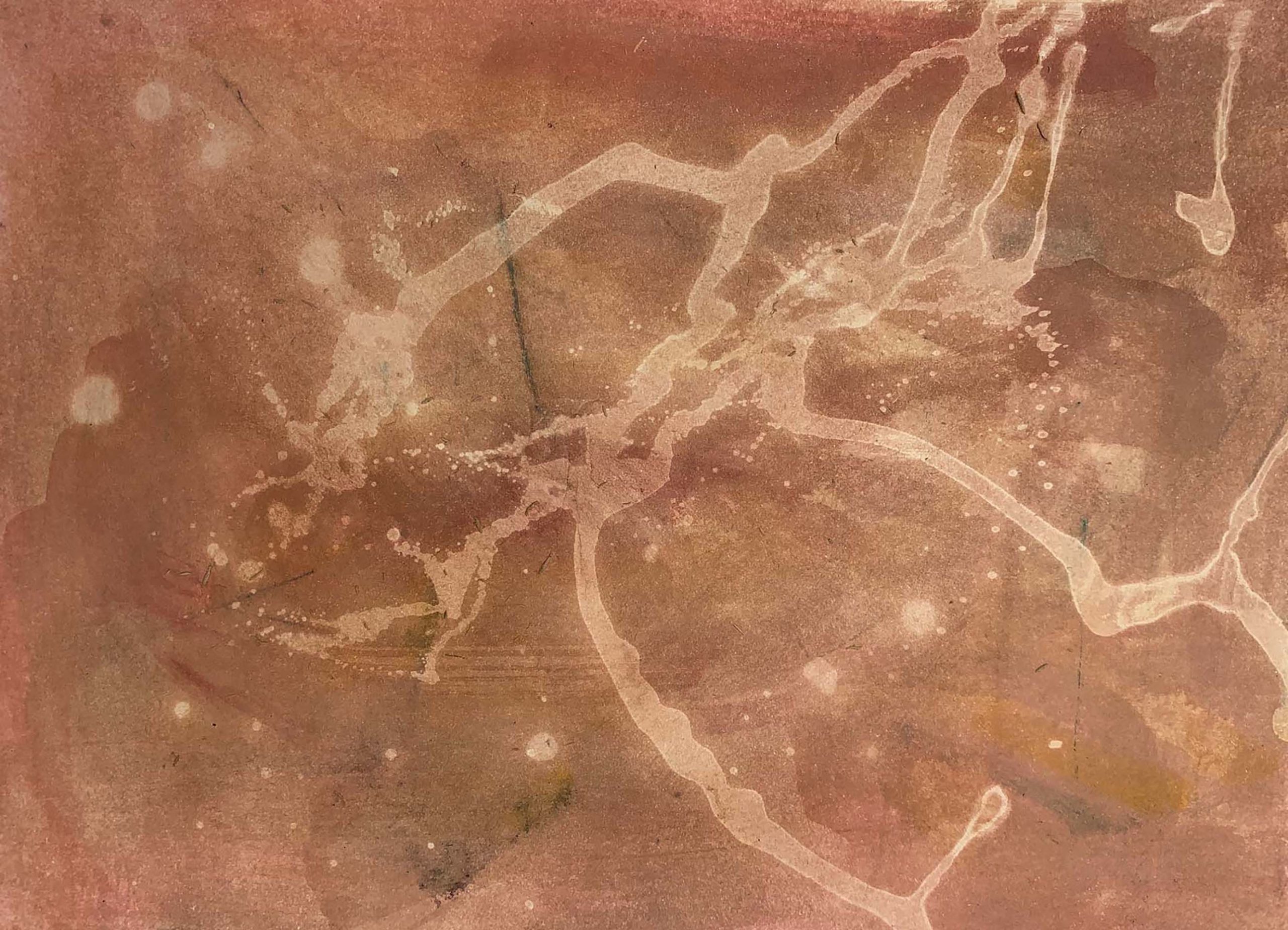 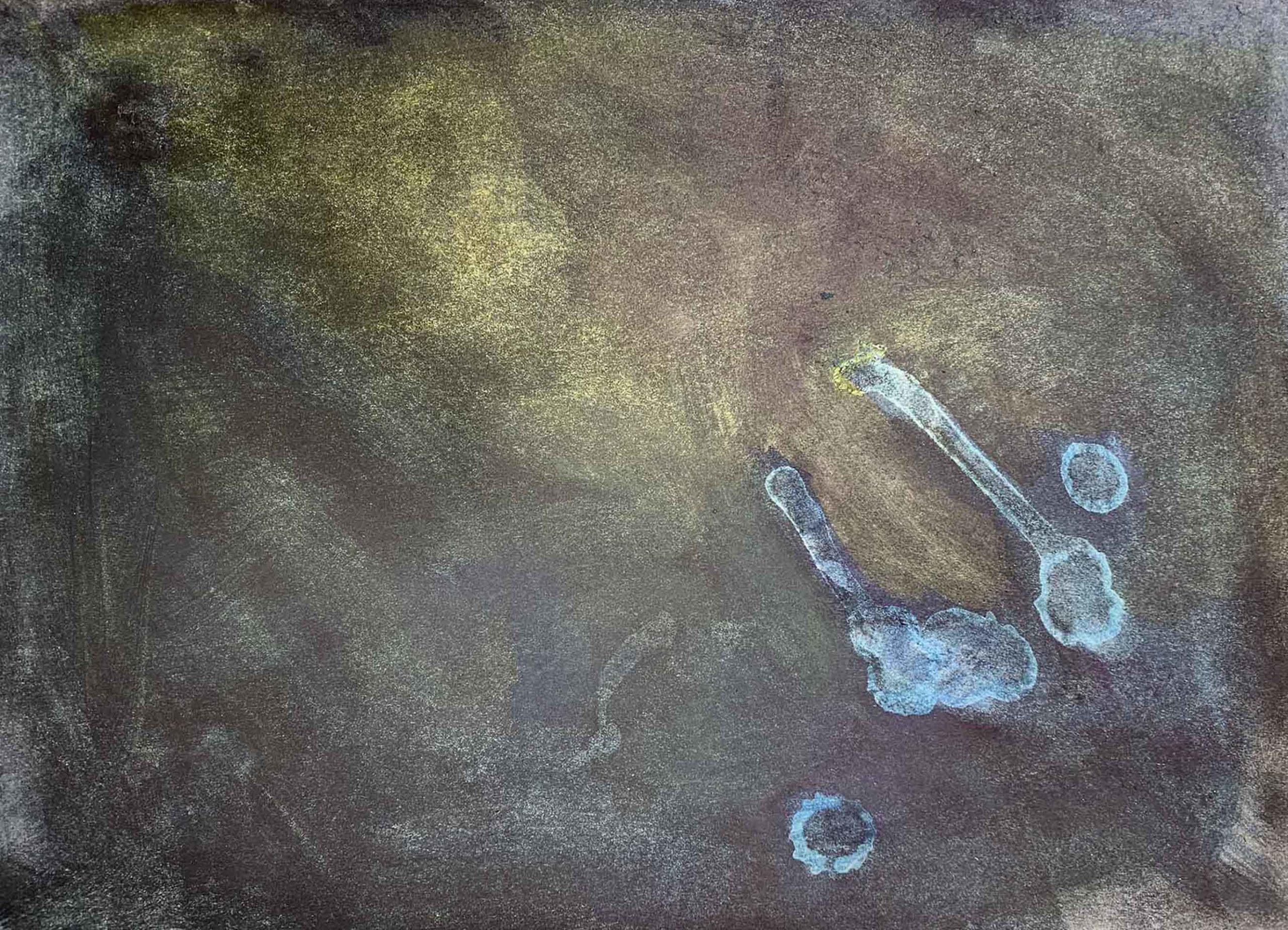 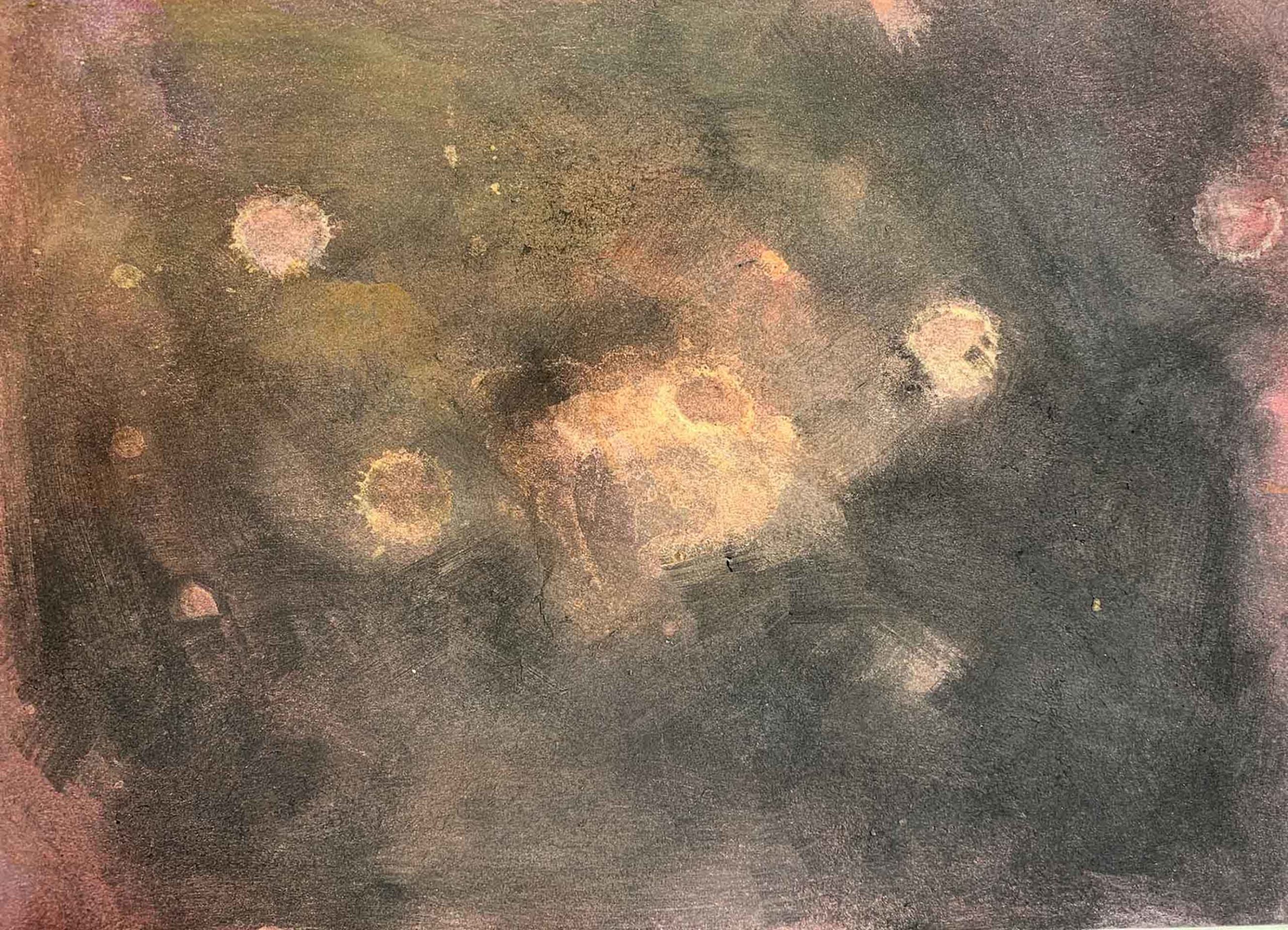